ANOTHER YEAR! - Out To Dinner With Friends 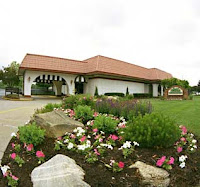 Another year has passed with our dinner group. One couple has already left for Florida for the winter but the remaining five couples enjoyed our last group dinner for the year. John & Donna picked Carrie Cerino's Ristorante & Party Center, an exquisite Italian restaurant in a small town about 25 miles from home. It was a new place of which none of us had ever heard. The food was great, the atmosphere could not have been improved upon and our seating in a small, quiet alcove before a burning fireplace allowed the group to enjoy perfect conversation.

Click on the picture to see Carla with her eyes closed next to Donna. Trying to hide are Kathy and Sally. And last, my lovely wife Julie. The guys are Bill, John, Walt, Don and Bob. 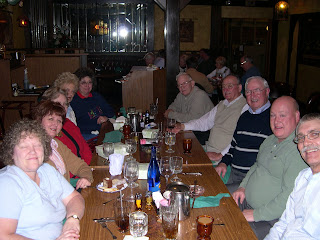 We all seemed to order something different. My dinner started with an old favorite, French Onion Soup. Then I enjoyed a delicious Linguine surrounded by maybe a dozen middleneck clams. There were two different loaves of bread which were so good dipped in the linguine white sauce. Julie chose a plate of assorted desserts which were passed around. Topped off with a strong cup of black coffee, I was happily sated.

In prior years we ended the year with the question "Do we want to do this for another year"? Tonight that question wasn't even asked. What was asked was could we do our progressive dinner immediately after new years before the Wilsons left for Arizonia and Walt left on his trike trip. The answer? Simply picking Saturday, January 3rd for the date. Sally asked the starting time and, believe it or not, Kathy checked in her book and said we started last year at 5:ooPM on January 5th. That settled that! Another year is on the way!

Julie then said that Carla had served the entree for the last two years and she felt we should do it this year as that is the most difficult and expensive. Donna, who is a professional baker, said she wanted to do the entree this year. She said she always got stuck with the dessert. We all wanted to reply "Duh!" but refrained. None of us can even come close to the desserts Donna has served. Feeling that each should be able to do what they wanted to do, however, I insisted that Donna could do the entree. There is a natural flow from house to house with John and Donna being in the end house. That we would have to double back and forth was not a deterrent. John and Donna will do the entree.

Who would then serve what got shuffled all around. Sally said she

was going to serve the Hors' d'oeuvres again as she had been working on some new receipes. I said that Julie and I could serve the soup to which Don quickly pointed out that Kathy had always done the soups. It was clear who the soup expert was in Don's mind. It was decided that Carla would do the salad and Julie the dessert. On the way home in Bill & Carla's car, they drove, Julie and Carla switched. What fun! Who's on first, no, who's on second! What can I say. The ten stooges but we had a good time with another year of good times ahead. 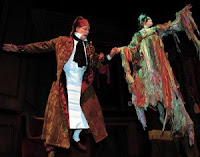 Our planning did not stop with dinners. Donna said how much fun it was going to the Dicken's Christmas Carol at the Canton Playhouse last year. We all went to a steakhouse and then to the playhouse. Bill and Carla couldn't go this year but the rest of the group will.

Why blog about this happening? It is such a simple thing to do and it brings such happy fellowship. A few years ago I asked 5 couples if they would like to join Julie and I in this dinner group. They would. It has now grown to be so much more than just a dinner group. It has become a tradition.

I should like to encourage others to do what we have done. There are no rules or dues. It is strictly informal. At the progressive dinner we draw to see who is responsible for choosing where we eat on which month. We avoid chain restaurants instead looking for the unusual. Sometimes we choose a more expensive restaurant but moderate prices are the goal. Invite 3 to 5 couples to join you and stand by for some of the best times of your life.

1 John 1:3 We proclaim to you what we have seen and heard so that you also may have fellowship"