RIPPLES IN A POND: Who have we touched in life?

Good news, yesterday! Don and Sally Wilson retrieved my trike and gear from the bike shop in San Diego and are back in Phoenix. Sally, talking to Julie, reported that they had a good trip and enjoyed visiting San Diego. She mentioned how beautiful the beach area was. It truly is. 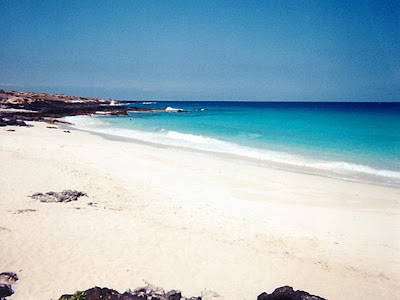 Sally said an unknown woman, seeing my trike in their truck I suppose, inquired about the owner. When informed she commented that her husband had met and had a conversation with me. She said he was a photographer. I do not specifically remember him. 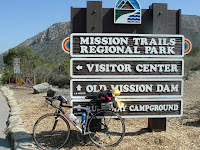 There was a photographer who snapped a picture of me on Father Juperirto's Trail in the Mission Trails Park. We chatted off and on as we passed one another. I passed he and his companion on the down hill and they passed me resting my heart on the up hill. A very friendly couple. This might have been who Don and Sally met. I don't know.

I met and talked with so many people in the brief period of time I was in California.

There was the motel person who shared his dream of sailing. He inquired if I had ever tried sailing. Of course I told him I had sailed extensively around the world in a small ship as well the lakes and rivers of the USA. He shared his dream of building his own, rather large, sail boat.

I explained how large sailboats were expensive to build and maintain as well as difficult to single handedly sail. I didn't discourage his dreams telling him that he could buy a seaworthy craft of about 32 feet, the ideal size to singlehand, for less than the cost of material to build a large boat.

There was the woman I thought may have been a security person. She was a character saying that if security saw her they would probably shoot her on sight. We had a nice, thought brief, chat and she helped me with the information I needed.

There was the bag lady. What a sight! She was pushing an ill gained shopping cart with her life's treasures. She was probably in her 50's and had a head of what would have been beautiful blonde hair if it received proper care. She was wearing a brilliantly red sweater, with obvious moth holes throughout. She had on a knee length skirt but over it was a hip to ground overgarment consisting of heavy cord string, sort of like a hula skirt which swayed as she moved.

She stood in front of me as I sat on a bench and talked on and on. I couldn't understand a word she said. I gave her my biggest smile but didn't try to join in the conversation. Eventually she strolled on still talking.

There was the young college student from Syria. She told me she was studying english and having a difficult time of it. She spoke several languages. She was interested in getting a good job in America. When told that the medical field was probably the most likely employer she quickly responded that she did not want to work with sick people. Then I told her she should check out a government job using her first language as huge benefit.

Right away another rider on the bus chimed in that he didn't think the government would even talk to anyone without their having a PhD. I disagreed saying that if she had highly desired language skills and could pass security clearances they probably wouldn't even care if she had any college at all. I hope I helped her.

And, of course, there was Rick Goodwater, the construction worker who is a horse camper. He shared horse camping stories with me. And, there was the pastor of the church where I camped overnight in his church yard. He said he had been the pastor there four years and he laid his hand on my shoulder and prayed for me.

There was the Chinese lady in the bike shop that gave me a stool to set on as she shared that she also had back problems.

There was the lady in the WalMart pharmacy who explained California law to me that required at least 10 feet of space between a person picking up a prescription for security reasons. She showed me how to sign four pages of information for security purposes. She was nice.

And, there was the clerk who told me what she thought of my chances of finding a trail bible in WalMart. She was wrong. 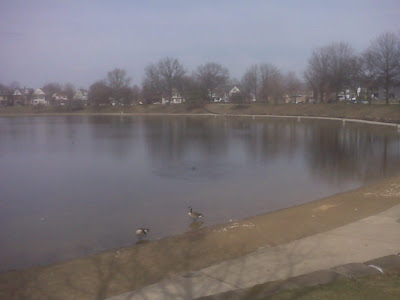 Like a pebble tossed in a pond, the ripples of my presence spread out to who knows where. I always try to portray a positive, helpful, Christian attitude. Was I successful. From the one feedback from the photographer's wife, I say I probably was. I'll never know in this life. (Picture is of the East shore of Lake Anna, a block from our home).

A favorite quote of mine that came from the grandfather of a man I respect, J. C. Watts:

Walt,
Enjoyed reading about your adventure. So good to see you this weekend. Love the stories you tell. Just wanted to wish you a happy 78th. Enjoy your special day. I asked my dad about that Amish meal that we had discussed and he was unsure who to contact so I'll let you know when I get some more info on it. Take care and talk to you soon. Keep writing. You have at least one more admirer.
Aaron