UH OH: Later in the day. 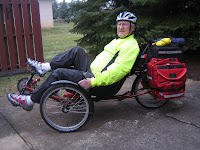 What a difference a little time and rest makes. It is now 3:00PM. I couldn't sleep at all last night due to the potential of a fund raising catastrophe. After fixing Julie's breakfast, I couldn't eat, I wrote a blog about my dilemma. I needed to see it clearly.

Slept like a baby. Awoke around 2PM when I thought I heard the FedEx delivery with the last of my bike equipment. That wasn't it but I felt pretty good. And, hungry. Made myself a good ham and egg breakfast with toast and some of that great Smucker, sugar-free jelly. I think well on a full stomach.

I reminded myself of an absolute fact. There are so few absolutes, aren't there? It is a fact that, excepting Jesus' return, I'll never make it out of this world alive. The question isn't if I'm going to die but, rather, how I'm going to live.

I choose to live life to the full, as it was promised I could do in John 10:10. The worst possible happening would be that my mortal remains would be laid to rest between my Mother and my baby sister as my spirit rejoins them on high. That's the worse? Nothing fearful about that.

Unless the doctor informs me that he considers it nothing short of suicide, I plan to continue my cross country trike plans. 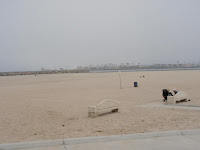 I'll have to start a few days late as I needed to ship my trike this coming Thursday instead of the following Tuesday when I get the EKG results. If I ship the trike on Tuesday it will get to San Diego on Saturday and I'll be able to leave the following Tuesday--two days late. That isn't too bad. I did want to leave the beach and pedal through San Diego early on a Sunday morning, but tour groups leave all the time on week days.

As I have my low fare airline ticket for Friday, March 13th I will need to spend a couple extra nights in San Diego. I have a low price Super 8 Motel reservation so that won't be a hardship. When you come right down to it, San Diego has always been a favorite liberty town for me. Been there done that lots of times.

I probably won't go down to Tijuana like I did when I was young and in the Navy. Different drives at this stage of life. Maybe I'll just get another tatoo like I once did in that great Navy town. Let's hear it for a couple extra nights in San Diego! 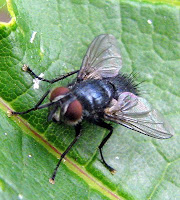 A FLY IN THE BUTTERMILK! I need to get to Phoenix by March 24th so I can spend a night with Kimberly and family. Don't want to miss that. Maybe I'll hitch hike for a hundred miles or so which would be equal to two days of pedaling. Don't laugh! It happens all the time with cross country hikers or bikers. I've done it a lot.

In the case of bikers it has to be in the bed of a pickup truck. I probably wouldn't hitch hike but instead find someone who would haul me a hundred miles over a mountain or through a dessert for a bit of money. I'll work it out. I alway do.

I love a challenge! Life is still good. I may be forced into a rocking chair but I'll arrange for the chair to be put on a space rocket! Hey, there's an idea. Never thought of that.

Trouble and strife, bring it on. I've made a "far above average living" successfully handling trouble and strife. I've faithfully whipped those rascals since childhood. No sweat! With the purpose of my soul I will have this adventure. And, God willing, it will not be my last.