BE PREPARED: The Boy Scout Motto 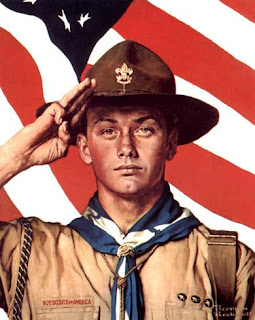 The Boy Scout motto is "Be Prepared". Fate favors the prepared mind, a true saying.

Starting when my children were very small a sustained effort was made to instill this truth into their conscious and unconcious thoughts. Frequently at the dinner table where the entire family joined into discussions we played a game we called "What If".

The "what if" covered every scenario that could be imagined. Nothing was taboo. All the fears that people, especially small people, which is what children are, were discussed. But it did not stop at discussion. That just set the stage to develop solutions.

The important thing was to decide in advance the best course of action for the "what if" scenario. Time and again throughout their lives I've watched their reactions to situations the best solution to which they had already worked out in their minds. 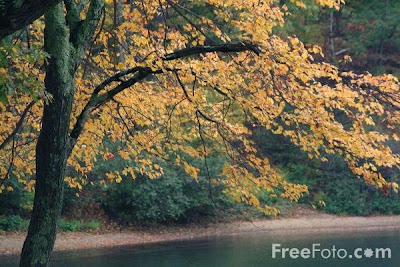 Walden's Pond is pictured above. I've worn out two copies of Thoreau's On Walden's Pond. I've also added my small stone to the thousands of others in the poor man's tribute at the site of Henry David's cabin on Walden's Pond.

Thoreau and I would have been friends. We are so much alike in our disposition. He said he would rather sit on a pumpkin and have it all to his self than to be crowded on a velvet cushion. I'm like that.

I never set with my back to a door or to a window. When I enter a strange building I always, I mean like each and everytime, I immediately look for a second exit. I am very careful about allowing people to walk up to me in the dark.

I always, like in absolutely always, know who is around me and where they are. I am not paranoid. I am vigilant without giving it a concious thought. It is just who and what I am.

The gospel song says "through many dangers, toils and snares I have already come". I always sing that verse if we do not sing all of Amazing Grace.

All of my life has been lived on the cutting edge. It still is. Heaven only knows from what God's grace has spared me. I firmly believe that at times it has spared me by letting me know the importance of constant vigilance. Perhaps it was so today?

I am addicted to McDonald's McChicken and black coffee for lunch. I probably eat that three or four times a week. Barberton McDonalds does a whopping business and has two order lanes. It was busy today.

The car just ahead of me must have had either a large or a complicated order. After waiting for several minutes as the lines backed up all the way around the building he was asked to pull ahead and they would bring his order to him.

The clerk said "blow your horn". I said "I don't think so". Again she said to blow my horn and make him move. "I didnt have a dog in that fight", as they say down home, so I just informed her that the man knew he was backing up the line.

I asked her if she would blow her horn. She said she sure would. I asked if she ever considered that the man might have a gun and was just looking for a reason to use it. She looked at me like I was nuts. Maybe I am. I think "through many dangers toils and snares".

The manager sent one of her young men to ask the man to move his car and he did. But just. As I was edging around his car they brought his order to him.

While I do not believe myself to be paranoid, I know that I am not fearful. Unlike my father whom I do not think understood the word fear, I am at least careful about some things. Bears in the woods get my attention. I had one back me up to my car and then climb on top of the car when I got inside.

Another followed me in the woods at night. I kept my pistol cocked and pointed in his direction. Scared my young pup to death. Thankfully my old dog was running a coon. Old Red would have at least attempted to teach that bear some manners.

I am careful around snakes. Stepping over a big log once in rattler country I hit the log with my hiking stick as I prepared to step over the log and scared out a grouse. The noise of that grouse nearly stopped my heart at what I thought was a world sized rattler.

Did the man behaving queerly at McDonald's have a gun?. Was he deranged? Probably not. Thankfully, I'll never know. I do know I was vigilant. Rest in peace, Thoreau, and thanks.

Bye-the-bye, it is a thrill to get a comment to a blog as it is being written. Thanks Cheryl. You are a friend. Be vigilant! See you in November if not before.

"They that are on their guard and appear ready to receive their adversaries are in much less danger of being attacked than the supine, secure and negligent".

Wise commentary! And I'm glad you didn't blow the horn!