OLD TOO FAST: Smart too late!

Ps. 90:10 (KJV) The days of our life are three score years and ten; and if by reason of strength they be four score years, yet is their strength labour and sorrow; for it is soon cut off and we fly away.

At the 50th reunion of the 1948 Class of Point Pleasant, WV High School several old friendships were renewed. One such friendship for me was with Dottie (Thomas) Campbell.

It had been 25 years since we had last seen one another. Ten years later, we saw each other again at the 60th Class Reunion. The next reunion will be the last Saturday in July.

Dottie and I, along with others, have stayed in touch via email. Although she rarely writes a message she forwards the most beautiful pictures, stories and music. Responding to such an email I mentioned that I had had a health problem but was on the mend. She replied that she had spent three days in the hospital with pneumonia but was better.

I am age 78 and I suspect Dottie is about the same age. 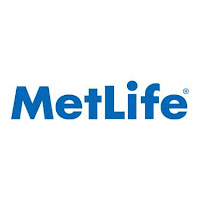 I accept that life ends with old age. Actually, I have no problem with that. For some people perhaps it should end sooner. My brother Ray was in a rest home his last seven years as a result of a massive stroke. He was paralized on one side, couldn't walk or care for himself. The age of 76 would have been a burden which Ray would not have wanted to bear. 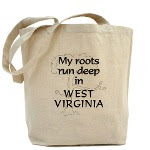 On the other hand, Dottie still enjoys a productive life. She is the Genealogist for Mason County working in the county clerk's office. She sets an example for the community by driving a golf cart to work.

I'm sure Dottie has an active social life with a multitude of family and friends. She has grandchildren of whom she is proud, one is a professional golfer. I'm sure she is financially sound. She enjoys a beautiful home. She may be older but she has taken care of herself and is still small and lovely.

How sad that the three score years and ten applies to such people.

When we were young our life was "Labor and Sorrow". For me there was the challenge of a daughter with serious allergeries. For years every Saturday morning was a rush home from work to get her to the doctor before noon. Later, when she failed to make the cut as a cheer leader, there was the rush to the Y every Saturday for gymnastics. (There was joy the following year when she survived the cut.) 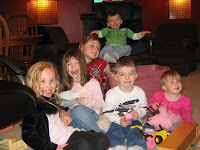 There was the challenge of three children in college during the hyper inflation years of the 70 's and 80's when costs grew much faster than income. Although blessed with a senior manager position with an international firm, it was necessary to always have at least one business on the side. (Again there was joy when all the children continued toward their master's degrees). Now there are grandchildren and great grandchildren.

My wife and I own our home and a lakeside retreat. We're debt free. Our cash flow is at least adequate. We each own a vehicle for which we paid cash. Although I've been retired for nearly 20 years, Julie, who is younger, still works. We have enough for ourselves and enough to share with others. We know how to play and do. We travel around the world. We are also blessed with family and friends. We have a good social life. Yet, like Dottie, I at least, am well past my "three score years and ten".

I suppose we must answer that question individually. When life's mistakes are mostly behind us, when we are strong and healthy, the "three score years and ten" may not seem fair.

I've discussed this around a wilderness campfire with my older brother, who passed away at the age of 84. It was my opinion that when it was time to go, we would be ready to go. My Mother was. 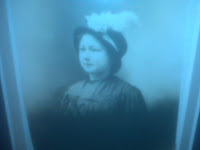 On the right is a picture of Mom taken in 1914 at age 15. She was a fiercely independent person. I take that after no stranger. At age 84 she was losing her eyesight.

Mom had moved into a senior's apartment house and my brother and his wife cleaned house for her. One time Mom saw something on the floor in her kitchen. She crept up on it and stomped it good. Henry laughed and said "You sure killled that grape, Mom". She was as crushed as the grape.

A devoted Christian, she asked Henry to pray that God would take her home. Henry said that was one prayer he would never pray. She said "Never mind, I'll pray it myself". We buried Mom a couple weeks later. She wasn't ill. She had had her "three score years and ten" and was ready to go. She died peacefully saying "Yes, Lord".

Like Dottie, I've had a bit of a physical problem from which I'm recovering. I have no complaints. Wisdom is knowing what can be changed and accepting that which cannot be changed. I have always strived to use wisdom.

What wisdom do I have to share? Consider what the writer of Psalms said in 90:12 "So teach us to number our days, that we may apply our hearts unto wisdom".

When I was one year old Albert E. Brumley wrote the song "Some glad morning, when this life is 'or, I'll fly away"

Until that time comes, "LET THE GOOD TIMES ROLL! Class reunion here I come, the good Lord willing and the krick don't rise.

Well thought out and written blog post. Dad, you are incredible. I've heard you say everything you wrote. But to put it so eloquently... you have the gift! Keep writing! And good luck to the "oldsters" on Sunday! Love, Mark