THE PERFECT GIFT: Thanks Kimberly! 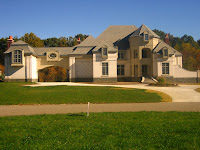 My daughter, Kimberly, and her husband, Jack, were two years in building their 8,005 square foot French Colonial home and moving in. Another two years will probably be required to completely finish the home and to decorate the interior. The completion of such things as a circular library with a 40 foot ceiling takes time.

Kimberly has a friend whose husband is one of the nation's top banking executives who is reassigned every few years. At each move Kimberly's friend, who has wonderful taste--she reads my blog--redecorates each new home completely using the same nationally acclaimed interior designer that Kimberly uses.

Kimberly has to some extent been a beneficiary of the desposition of each home's furnishings at a very generous price. There was one article of art, however, that the lady has kept through each of her last three moves. It is quite heavy, though, and she will not be shipping it to London for their upcoming move from Chicago. Kimberly gave this item to me today.

In all honesty I have never heard of the gift but it makes perfect sense and I am a natural to receive it. It is an antique "Irish Story Stick". It is made of iron and is quite heavy. It is finished in a crackled bronze finish. I would hate to think of the original price. I am so blessed. 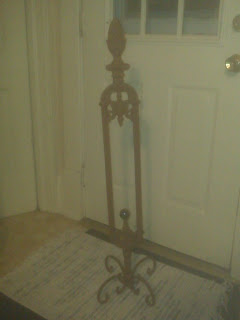 I placed my hand on the "Story Stick" today and the poetry just naturally rolled out of me. Uh, was it used in Ireland? But, of course! The title was "Antique European Story Stick" but Ireland is part of Europe isn't it? The Irish are just the grandest of story tellers, aren't they? Doesn't it just seem to reason that it is an "Irish Story Stick"? 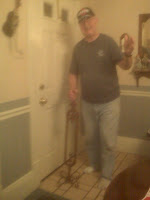 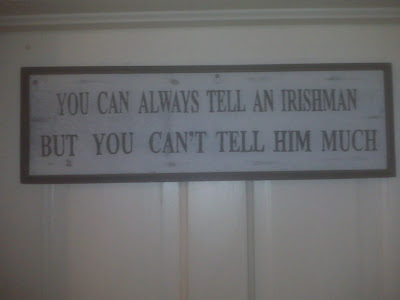 Can't wait for Gail to read this one; she'll LOVE it....as did I. xoxo