In 1891 Industrialist, Ohio Columbus Barber commenced building the perfect city which he had laid out. In 1893 the City of Barberton was there. It was likened unto magic! 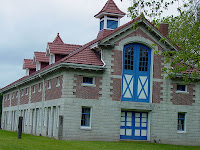 He started with his home, the Barber Mansion, with it's many castle-like barns, which overlooked one of America's most industrialized cities. Barberton became the Magic City. with it's sports teams known as The Magics. 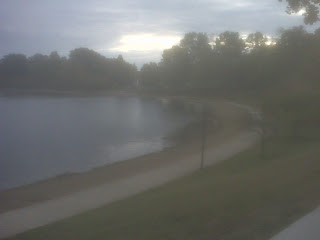 He designed the city with business on the south side of Lake Anna, a spring fed lake which he named after his daughter.

Seen here are the Campfield-Hickman Funeral Home and the Elk's Club. Also located on the south side of the lake are City Hall, the Library and the Masonic Temple. 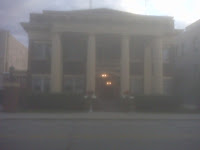 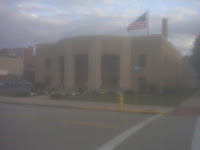 On the lake's other three lake fronts he laid out home's, like the one on the left, for lesser industrialists and on the next block away from the lake homes like the smaller one on the right for manager's and business leaders. Surrounding all this was a circle of major industry with the supporting machine shops and foundri 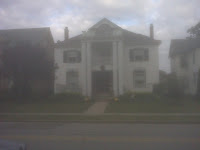 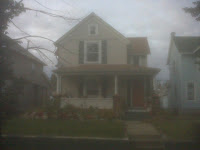 A couple weeks ago I took a bad spill on the huge rocks walking out to the Huron Lighthouse to fish Lake Erie. In addition to scrapes and bruises I injured my left hip. It has been a couple weeks since the fall and the scabs are starting to come off and the hip is daily better. Yesterday evening, a cold, wet and windy fall day, I decided to do a couple turns around Lake Anna to loosen up the hip. Take a stroll with me and see the city today. Industry has gone but the beauty lingers on. 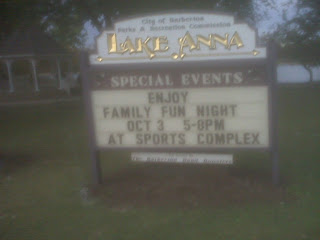 Lake Anna is a 21 acre city park that is enjoyed by all the people. Living a block from the lake we tend to take it for granted, even the many festivals that are held there throughout the year . The Mum Festival was last weekend and you can see the beauty of the mums still there. 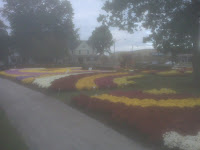 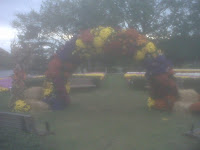 Faith was and is an important part of Barberton. Five churches face the lake and several more are located a block from the lake. 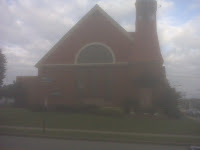 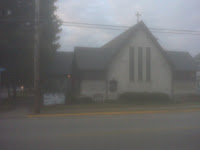 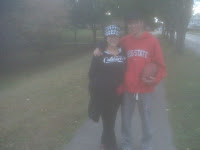 How do people enjoy the lake? Well, as you might imagine, it is a place where lovers stroll hand in hand on a cold, fall evening. As you can see by this couple they have their love to keep them warm.


Barbertonians obviously love their dogs. Although dogs are not allowed in the park, you can almost always see people walking dogs of every description around the lake's perimeter. 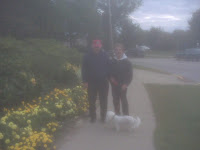 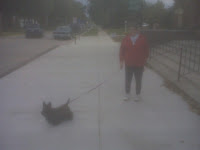 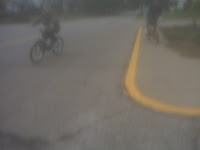 Bikes are also prohibited from the park but, like the dog walkers, riding bikes around the one mile perimiter is very popular. 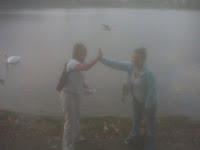 You can almost always see people meeting their friends at the lake. Even on a cold and windy evening these two young ladies laughingly gave each other a high five. 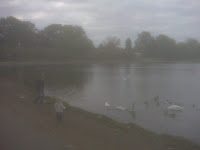 The lake has ducks, geese, swans and the ever present sea gulls. I often take my small grandchildren there to feed the birds and squirrels. As you can see by this Mom and Daughter, it is a lot of fun and the birds sure do cooperate. 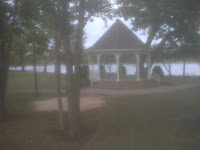 The beautiful gazebo is popular for weddings. The city springs for free concerts during the summer on Friday and Saturday evenings. We clearly hear the music at home. 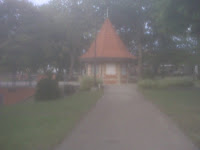 My parents moved to Barberton in 1945 as, along with millions of others, Dad lost his war related job. I remained in West Virginia by myself until I graduated from high school in 1948 and joined the Navy. I located in Barberton in 1952. Since that time I have seen the Bath House replaced twice, City Hall and the Library replaced once. Swimming is no longer permitted in the lake and the Bath House is a visitor's center. 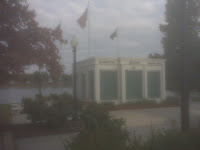 Large sand stones were used in the park, including these stone steps where a nice lady took my picture. Although the Pierce family has been represented in all of our countries wars, our names are listed in WV and not on this memorial.

When I returned home a bit after dark I had dinner with the lovely lady with whom I've shared Lake Anna for many years. It was a candle light dinner with strip steaks and trimmings. I am truly blessed.

"God made the country, and man made the town"

Dad - I really loved this piece as well as all the pics that went with it! I twittered to all my friends and told them to come and read your post. I'm so proud of you! Mark