BLACK vs WHITE VIOLENCE: The statistics

The New Century Foundation made a study of Federal Crime Ratio between races. This study can be reviewed on http://www.examiner.com/. Using links and mathematical extrapolation formula, it was stated that the judicial was emphatically not biased against minorities.

Some of the finding's comparison between the races are as follow:

Why is this all true? Does just being black make people bad? No! Does being white make people good? Of course not!

There is a black community a few blocks from my home. When I was struggling to recover from a slipped disc a few years ago, the compassion I received from this community far exceeded that of my own white neighborhood.

Several black female friends are included in my wife's annual Christmas Party for fellow employees. I thoroughly enjoy cooking fish for a dynamic black mother named Wanda, along with her children. In a group of six with whom my wife makes trips each year is a beautiful black woman. Two wonderful black leaders attend my son's church when they are home from college. These are all good people, not good "black" people. Just good people! Some are well educated, some are not. All are hard working and responsible individuals.

I worked for 27 years with blacks in a tire plant and knew many of them quite well and respected them as much as they did me.

Yet, the above figures are pretty much the way it is. 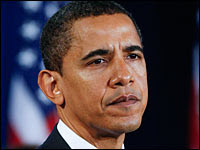 I think President Obama and the government is using the wrong approach if helping blacks is their true goal. Giving them what they have not earned may retain votes at election time but it most certainly continues the sorry plight of our black population.

The cure for their problem is education and opportunity. Great strides have been made in this area over the last few years which has been reflected in a huge increase in black home ownership and professional attainment by many blacks. But this is only true for those who availed themselves of the favorable educational and employment/business opportunities provided. 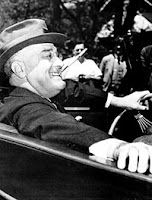 Great strides have also been made in the elimination of racial prejudice, although, admittedly, it still exists. Taking away from those who have earned, however, and giving to those who have not earned will surly reverse those gains. Wealth redistribution, by any name, is an anti-American way-of-life. It didn't work for FDR. It won't work for Obama. What it will do is bring about division and resentment.

The majority of single parent families, the black drop out rate in schools, the high pregnacy rate among young, unmarried black women, the drug related violence and crime, the failure to maintain property, the spending habits with total lack of saving, the loss of family values, the number of children being raised by older grandparents--the problems for our black population goes on and on. None of which can be corrected by giving them something which someone else has earned through personal dedication and hard work. 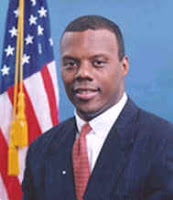 There are some wonderful black leaders, but they are few and far between. Again, although there are wonderful exceptions, too many of the athletes and politicians who should be leading examples are themselves caught up in wrong doing. For every JC Watts, pictured here, there are any number of black congressmen and atheletes trying to keep out of jail themselves.

There is no simple, single answer to this problem. I am convinced, however, that when and if things change for the better it will be through black leadership. Not the kind of leadership that wants to burn down the neighborhood, blatantly stealing from merchants while demanding special concessions or damning America. Leaders are needed to inspire their followers to grasp their own boot straps and pull hard. Leaders who lead by personal examples.

Black leaders, and those who should be black leaders, please step up and be counted! You are desperately needed.

Sadly, most people do not realize that when they are dependent on someone, that "someone" or something (i.e. government) controls them. Dependence on government for welfare is a form of modern day slavery, whether that person is black or white. I think you have hit the nail on the head. Education and hard work equals power for the one willing to sacrifice the time and effort.