All my children have made me so very proud of them. Tonight is a night of special accomplishment for my oldest son, Mark. The start up of his new church, Church Requel. 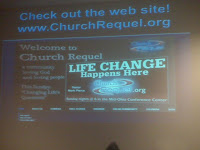 He must constantly answer the question, WHATS WITH THE REQUEL? He explains that a prequel is a projection of something that is to happen while a sequel is a repeat of something that has already happened. Requel is the telling of the same story a different way. Church Requel is church a different way as proclaimed on ten billboards across the city.

Retiring from a highly successful career as a Financial Planner, owning his own firm, Mark became the number five pastor of a mega church. After about five years he had progressed to the number two pastor and chief-of-staff. A year or so ago he resigned that position to commence his own church and commenced studies for a second Masters Degree at Ashland Seminary.

Several weeks ago he commenced church in his home with a core group of maybe 30 or 40 people. At his first service tonight there were 72 in attendance, including 9 children of 1st grade or younger ages.

How is Church Requel different? Well, for starters, the worship service takes place on Sunday evening rather that Sunday morning and day-to-day communication with the membership is by way of the internet. 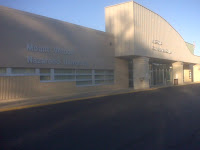 Then, rather than commence the worship in a small but inexpensive typical church building, Mark and his board sought a state-of-the-art facility in which to worship. They found their ideal location in the Mid Ohio Conference Center in Mansfield. The facilities commence for a group of 270 but can grow to accomodate whatever size is needed as the church grows. 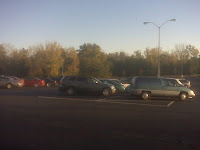 Kimberly, his sister, alongwith his nephew, Riley, rode down to Mansfield with me to encourage Mark in his first service. Would people turn out for this new venture. A look at the parking lot answered the question. 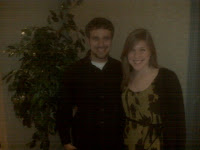 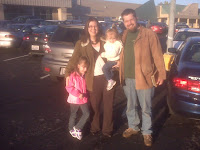 Not the only family members to support Mark, his entire family was there. Here are his daughter, Jennifer with her family and Jillian home from college with her boy friend.

As we entered the church there were signs with directions to the auditorium with a welcoming group to point the way. At the entrance to the sanctuary we were met with adults and children passing out programs. 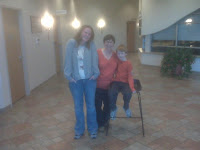 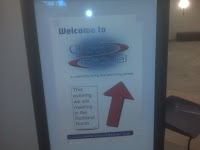 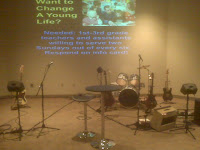 Set up inside the beautiful facilites was band equipment behind the speaker's podium with constantly changing visuals on the wall behind the band. The service is comtemporary with comfortable dress. 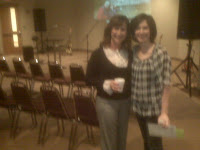 The song service was led by Bethany Pierce, Mark's daughter-in-law who has just announced that another grandchild is on the way. She has three boys already. This is a picture of Bethany and Kimberly on the left. 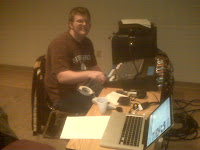 The boy's Dad, Jon, is a highly successful techy, a grad of Asbury College. Jon handled the sound as well as the lighting and visual projections. Not to be missed is daughter Jessica who is out of sight caring for the grade one and under children.

Who attends a "requel" worship service? Perhaps this Dad and children are examples. They came early. Here is a picture of them and a picture of the Mother as she came in later. 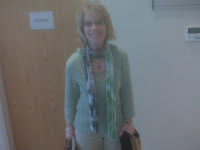 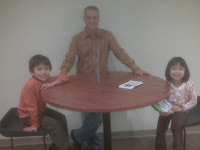 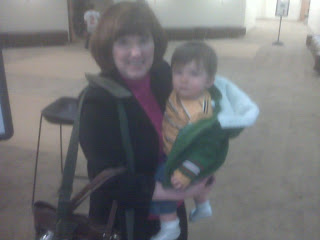 A wise person once said that behind every successful man is a good woman. In Mark's case her name is Mary Kay who is shown here coming in at the last moment with a precocious two year old grandson.

Is there a need for a "requel" church? When approximately 80% of Americans are Christian but only about 30% attend church, one might conclude there is something wrong that perhaps a requel church might address.

I prefer a quiet traditional worship service, singing the old hymns with an organ, at home in the Easton United Methodist Church. I must acknowledge, however, that while hundreds come for a Bean Supper, on Sunday morning the empty pews far outnumber the full ones.

In the weeks following 9-11 church attendance in America nearly doubled but as time passed and no additional attacks befell us, attendance slowly dwindled away. And, this was true in all major denominations.

Although our country was clearly founded on Christian principles, there is a highly successful movement by a minority of people to deny all things Christian. Prayer is forbidden in public events and in schools. Christian symbols are prohibited in public places. Even the very word, Christmas, has been under attack.

From George Washington to Abraham Lincoln, our founding fathers clearly praised God and considered America to be His blessing. Any and all attempts to reestablish America as a Christian nation should be welcomed.

Dad - Thanks for the great write up about our first service. As I read your article, I'm reminded of just how fortunate I am to have such a supportive family with all 4 generations there for me! Know how much I love and appreciate you! Love, Mark

This made me wish I could've been there! I know you're proud Walt, but the apples don't fall far from the tree. You must've done something right! I feel blessed to have you as cousins.

I don't know if you remember me, but..you and your wife had prayed for me,I had worked at a certain financial place that you had worked for, and had been let go, it was a disaster at that time...But..God knows best.
Years later, I rededicated my life to Jesus, and new husband is also a Christian, we live out of state now, but I often remember you telling me that you would pray. Thanks to you and your wife for that. God works in mysterious ways, but he always knows what's best for us. Again thank you
Sandra Thomas
was at that time (harris)
we will pray for your ministry up there.