A SUCCESS IN LIFE: How do you measure success?

ANOTHER LONG BLOG. Making up for a month without blogging I guess!

I am a SUCCESS! What do I use as a yard stick? Well, for one thing, I am still alive and nearing my 79th birthday. The average male born in 1931 has a life expectancy of 76 years as I understand it. But, males who live to be 79 average a life expectancy out to 92 years, depending upon personal habits, ie, smoking, overweight, etc.

Really, being OLDER THAN DIRT, as my grandson Riley says, is not a yardstick I use to measure success. I think a far better yardstick is how my life is extended in the life of my three children. This thought came to me as I read a blog response from my son Todd. (I love blog responses). 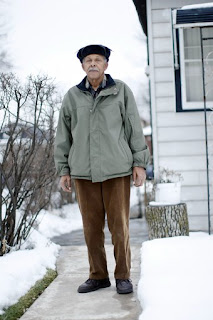 In my blog "LIBERTY ON TRIAL: Gun Control in Chicago" I mentioned that the man contending for his right to carry a firearm in Chicago was a black man. Todd said that he thought it may have been better to have said "My fellow patriot, a citizen of Chicago, Otis McDonald, currently has a suit against the city.....".

Todd pointed out in his response that in referring to my friend Maude I did not say "My friend, a white woman and 1948 high school classmate, Maude Blankinship....". He thought that it might have been better to focus my discussion on liberty, not on race, recognizing that I did not consider race/color germane. He's a pretty smart boy and may be right. I say "may" be.

I am not color blind, in the same way that I am not "tree" blind or "star" blind. I see black men as black just as they see me as white. Why is that? Simple! I am white and they are black. Is it important? Maybe.

A side story that I love--my life is made up with "side" stories. Or, maybe I am just windy? Anyhoo, I was taking my granddaughter Jesica home after a visit to her Grandpa's house. She is in college now but was then in the 1st grade. Attending a private, christian school, she was telling me about including "brown" in the song "Little Children of the World". I told Jess to always be thankful that she was white.

With the honesty of a six-year-old she questioned the last statement. I tried to explain that, while white people are no better than colored people, that the colored people had to bear a burden in life that white people did not have to bear.

She replied WHY, GRANDPA, YOU'RE NOT WHITE. Taken aback, I asked what color I was. She looked and looked at me. Then she said "GRANDPA, YOU'RE ORANGE". You know what? When I looked at myself in the mirror she was more right than wrong. It was summer time and I was my normal summer color--which was far more orange than tan. How funny!

Back to Todd's thoughts, I'll admit that it never occurred to me to identify Maude as white. Mostly, because in my subconscious I know that if we went to high school together she had to be white. I attended a southern, segregated school and did not have a single black classmate.

Today I have many black friends. My wife is a surrogate mother in an upcoming wedding of Wanda, a black friend. Like a father, I am contributing the wedding cake. I once appeared as a character witness in the trial of a black man. The prosecuting attorney asked if Tommy had ever been a dinner guest in my home or if he had ever met my children. The answer was "no".

I think I used his color in Mr. McDonald's description because of the stereotype of CRAZY, WHITE MEN CARRYING GUNS. Even my friend, Bill O'Reilly, referred to men carrying guns at a Tea Party Rally as the "Crazy's".

I suspect that those people carrying guns to the Tea Party rally were doing so to make a statement in defense of their 2nd amendment right to do so. Some people are now doing the same at Starbucks coffee houses. They are within their rights of OPEN CARRY laws. Do I plan to OPEN CARRY? Only if I have a reason to do so. In the past I've had a reason.

While it is now in the memory bank along with wilderness canoe trips, I used to coon hunt. Boy, that was one tough sport. I carried a holstered pistol with which to shoot the treed coons. Driving in a fog one night, slowing and stopping to look at streets and then going on, I was pulled over by the police. Thinking I was DUI, the officer had me step out of the car, pistol and all. As I opened the car door my old coon dog, Lead, almost knocked the officer on his duff. I was sure I was going to jail for a long time. Instead, once he understood I was looking for a particular road, he let me go.

Again, for six terror filled weeks, I remained armed and awake at night in response to a threat from drug addicts to burn down my house. When two of their group invaded my home abusing my sons and I with shotguns, they both ended up in prison. The police could not protect my home around the clock although they tried. 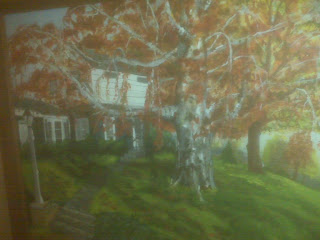 Quietly, the police chief told me not to hesitate to shoot anyone attempting to burn my historic home, built in 1840. My attorney informed me that if I shot the druggies coming toward my large, isolated home in the country, with a can of gas and a lighted torch I'd be charged with manslaughter. He said "shoot them anyway". You'll never go to jail. I ended up selling the house and relocating to a smaller house in town next to the mayor's home.

Back to MY FELLOW PATRIOT, Mr. McDonald, I also wanted to point out that black people also oppose the current BLACK president's political standings. As the main thrust of the blog was in defense of the 2nd amendment, the race/color issue was perhaps a distraction.

HOW DOES ALL THIS MAKE ME A SUCCESS? As I mentioned, I am from a southern state where schools were segregated. My grandmother and namesake, Sarah Elizabeth HUDSON Pierce, whose birthday was March 1, 1857, was a good Baptist lady. Born before the American Civil War, she recalled slavery well, although to my knowledge none of my family were ever slave holders.

I recall many of Grandma Pierce's stories. Of Irish descent, she would have been smoking her small stone pipe as she recalled the time slave catchers stopped to eat at their cabin with a "runaway nigger". Was Grandma Pierce being mean or spiteful? Not at all. She was highly respected in her community.

What's the point? Just that from my childhood days I was a segregationist just as I once was an open sinner. Today I repent of both. FAR MORE IMPORTANT, AND WHAT MAKES ME A SUCCESS, MY CHILDREN DO NOT HAVE THE SLIGHTEST BIT OF BIAS TOWARD PEOPLE OF COLOR and my grandchildren would be appalled at the very thought.

Thanks for your kind words. I try to be aware of my personal biases, and tend to be appalled by them at the same time. :D

Personal issues aside, the purpose of my comment was to HONE OUR SKILL at defending liberty. I fear that we are, as a nation, giving up our God-given “essential liberties to purchase a little temporary safety” and, in the end, will have neither!

Interjecting race into a defense of our Second Amendment liberties is more than mere distraction. Tyrants wield the powerful weapon of race baiting as a wedge issue to erode our liberties:

“One reason conservatives are defensive about the race issue is that any concession on the subject is immediately seized on by liberals as proof that conservative policy on any issue related to race (which is more or less the whole run of domestic issues) is so irredeemably tainted that it need not even be argued against.” (The GOP and the Race Issue, The Atlantic, 11-14-07)

Moreover, the tragic history of racism in the United States is presently being used by the opponents of freedom to move our country toward European style socialism:

“The United States today has slipped toward race-based socialism… Our media are constantly stirring the witch's brew of racial grievances, constantly making black people feel aggrieved and white people feel accused. … (suggesting) we owe black Americans something for the sins of slavery. … But a SOCIETY BASED ON RACIAL COMPENSATION TURNS INTO TYRANNY, just as a society based on racial superiority does. Real democracy allows individuals to overcome their circumstances. But you can't overcome your race… America is therefore being driven relentlessly toward a European ruling class model based on inheritance and not talent, hard work, and opportunity…. The Left is always pointing the finger at mainstream America for the sin of racism. But racial divide and conquer is precisely the deliberate strategy of the Left.” (What Does ‘Racial Socialism’ Sound Like to You? James Lewis, American Thinker, 2-19-2010, emphasis mine). Entire article: http://www.americanthinker.com/2010/02/what_does_racial_socialism_sou.html

God help all defenders of freedom to be “wise as serpents and innocent as doves” to this “racial divide and conquer strategy.”

Dad - I will really treasure this particular blog article. None of us are who we once were. We are all helpless when it comes to the environments into which we were born. But we do not have to remain so. We can grow. We can change. And you have done so beautifully!

Todd - if you ever decided to resurrect PierceWise, you would be the best blogger in the family.