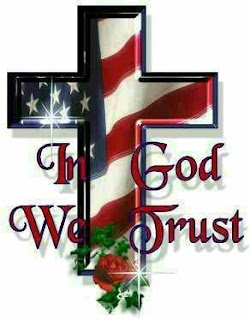 HANK YOU FOR VOTING!

And, again, thank you for voting.

What the People said, in my opinion, is that they like America and need no one to travel around the world bowing and scrapping and apologizing for who and what we are. They reminded their leaders that ours is a government of the people, by the people and for the people. NOT THE OTHER WAY AROUND. 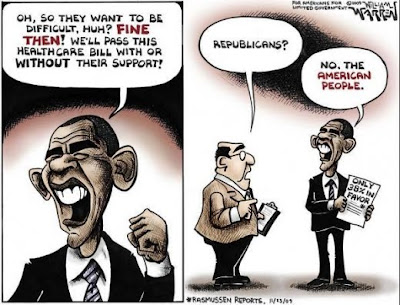 When the people's will was abundantly clear, the elected leaders clearly went against the will of the people.

Did our President indicate that he got the people's message? No! In his speech following the election he indicated that his actions were the necessary response to a dire emergency. It was something that the people couldn't "understand"!

Dire emergency? He, and his Democratic controlled congress concentrated their effort for a year and a half pushing a health care program that was clearly against the people's will. The passed bill, requiring outright bribes and payoffs for votes to pass, assumed a sixth of the American economy. It was something that America could not afford.

There are health care needs. My own son has a problem buying insurance due to an existing condition. These needs require attention. But to bankrupt the country and our children and great grandchildren to redistribute the wealth in this great country is unthinkable. 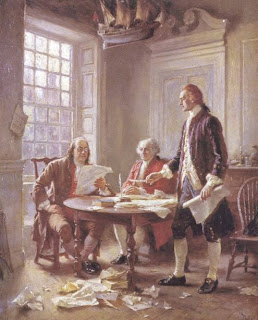 The Obama led government took control of large American businesses. The government owns 60+ percent of GM and competes against Ford. Clearly our founding Fathers prohibited the government from competing with the people in business matters.

It was difficult to believe that in his speech he spoke of transparency in government. When he and his two houses were putting Obama Care together, Neil Cavuto on Fox, daily, for serveral days, showed the locked door through which only the President and the Democrats were allowed to pass. Then the capitol police denied Fox from even showing the door. Transparency, what a joke. Can he possibly believe we are all that stupid?

Then, when he had the Republicans in to discuss what they had decided, and, HA HA, asked for their imput in a marathon meeting, he dominated the conversation. He put down every suggestion and went so far as to out right, openly insult John McCain. Can he possibly believe we forgot that insult to "our" elected officials?

It is hard to believe he still whines about what he had when he came into office. On 12-7-08, just before Obama took office, I wrote a blog entitled FIGURES DON'T LIE BUT LIARS FIGURE. Go back on my blogs and you will see that I complained when the biased media published bold head lines proclaiming that UNEMPLOYMENT EXPLODES when in fact it had gone from 6.5 percent to 6.7 percent, the average of the previous 50 years. Check the charts I published to make the point.

HE REALLY DOES THINK WE ARE STUPID AS WE NOW STRUGGLE WITH UNEMPLOYMENT NEARLY TWICE THAT HIGH AFTER SPENDING UNTHINKABLE AMOUNTS OF MONEY THAT WE DO NOT HAVE. Even the Chinese cannot believe he is that stupid!

THE TIDE HAS TURNED! What will the outcome be? The next two years will tell. If the newly elected officials do not comply with the will of the people, the next election is two years away and "We the People" will speak up again!

I WOULD LIKE TO EXPRESS MY APPRECIATION TO ALL IN THE TEA PARTY FOLKS THAT HAVE STRIVED SO HARD IN THEIR SIMPLE CAPACITY AS "WE, THE PEOPLE".

May God Bless us each and everyone and may God bless America.

Uh, Yes, I am one of those people who love my Bible and my guns. I also have a mean dog! "Watch'em Gunner!"
Posted by Walt Pierce at 10:03 PM

Glad to see you back on here again! I always enjoy reading your blog. And yes, I voted! So did Jack. We don't have a mean dog, but we do have an attack cat and a few guns! Oh yes, probably a dozen or so Bibles!