CUTTING THE COST OF GOVT. #6 - A Part Time Congress

Piyush Amdit Jindal (R) is the 55th and current Governor of Louisiana. Bobby as he is known, is the nation's youngest governor and is of Indian-American descent. Previously to being governor he was a Member of the U.S. House of Representatives.

BOBBY JINDAL WAS A CONSTANT "THORN IN THE SIDE" OF PRESIDENT OBAMA WHEN THE PRESIDENT WAS DRAGGING HIS FEET DURING THE RECENT OIL SPILL. For this and many other reasons his approval rating is 77% among the good folks in Louisiana.

When he did get Obama to Louisiana, the president was rude to the governor, refusing to accept a letter from him, directing Jindal to give it to an aide.

GOVERNOR JINDAL IS A POSITIVE, RISING STAR IN THE LEADERSHIP OF OUR COUNTRY. What he has to say is important!

He pointed out that the U.S. Senate only works 7.5 hours a day, 128 days a year. He had what many think is a great idea. MAKE CONGRESS A PART TIME JOB. Let the congress get a job back home to help support themselves if necessary. 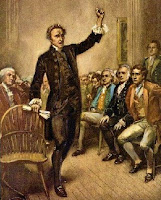 A RIDICULOUS IDEA? I don't think so, I think it is a grand idea. When our country first started our government legislators were part time. Read about one of our greatest statesmen, John Adams. In freezing weather he made the arduous journey south ON HORSE BACK to serve his tenure and then returned to his work on his New England farm.


The 111th Congress passed 10,426 pieces of legislation and another 2,969 Congressional Resolutions. From a study of the drinking habits of Chinese prostitutes to a health bill that changed America, a bill they passed WITHOUT BEING READ, I MIGHT ADD. These people made a joke of their jobs. Thanks to your voting, a lot of them aren't laughing any more, huh? GOOD FOR YOU!

HOLDING THEM ACCOUNTABLE IS WHAT THE LAST ELECTION WAS ABOUT! 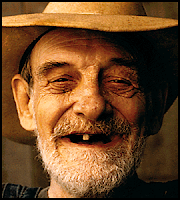 If Congress only worked part time, it would be forced to limit it's legislative time to doing the people's business for which they were elected. THEY COULD FORGET ABOUT SPENDING MONEY TO STUDY WHY PIG MANURE STINKS. Any good old boy from West Virginia can tell you, it just does.

THIS BLOG IS ABOUT REDUCING THE COST OF GOVERNMENT!

A big thing in the management of a tire factory was OPERATING COSTS. Having a part time Congress would reduce it's operating costs by 5.42 BILLION DOLLARS.

Making the 520 non-leader's Congressional jobs part time, cutting their pay in half, would save $45,200,000. Add in the three higher leadership salaries and the savings would be $45,738,400. In case you have trouble with such big figures, that is over 45 MILLION!

Congress employs 24,000 staff members--THINK OF THAT! A STAFF OF 24,000 FOR 520 PEOPLE. Wow! I thought my salary staff of 25 Foremen, Supervisors and Inspectors was a lot! Two thousand of these staff members are paid six figures. Just cutting the pay of these 2,000 high paid staff members in half would save $100 MILLION.

BYE-THE-BYE, ONE HALF OF THE STATES FUNCTION QUITE WELL WITH THEIR LEGISLATORS WORKING PART TIME. Half of the states work their legislator half time and another 23 work them 2/3rds of the time.

IF I WAS MANAGER OF "LOWERING THE COST OF GOVERNMENT" I COULD GET THE JOB DONE POST HASTE!

Part two of this blog deals with what your congressional leaders actually do. Don't miss it.

DON'T WORRY, THINGS WILL WORK OUT! WE HAVE BEEN IN WORSE SHAPE. AT LEAST WE WON'T LOSE 8,000 TROOPS ON SOME FOREIGN BEACH HEAD TOMORROW LIKE WE DID IN WWII.

Do yourself a favor. Take time to renew your Spirit with a bit of Scripture then go out and SMELL SOME ROSES.

God Bless each one of us and God Bless the USA.
Posted by Walt Pierce at 2:58 AM

Thanks Dad - Loving your series.

In this particular case I disagree with the direction of the part-time Congress. In fact, if it were up to me, I'd move in exactly the opposite direction.

I'd pay congressmen a LOT more. Let's pay them each a million dollars. Let's do whatever it takes to attract the best legislators we possibly can. Their work clearly involves more than just their "time" in Washington. In fact to do this job well, they must give up any semblance of a normal life. They must relocate both themselves and their families or maintain two residences. Expensive!

So I say pay congressmen a million dollar salary. Provide them generous benefits. Make it a really attractive position that the brightest folks in our country aspire to take on. In addition, provide each candidate with an equal amount of campaign funds. Eliminate the ability for special interests to have anything at all to do with the election - especially fund raising.

The amount we pay Congress in salaries and benefits is a minute fraction of what is spent on their campaigns. That is where the real corruption of our republic may be found.