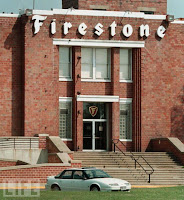 In my 27 year career as an Industrial Manger at Firestone,one of my most important responsibilities was achieving the desired "BOTTOM LINE" on my financial report. If I was assigned to reduce government spending, after cutting officials salary and stopping the ridiculous spending, I WOULD STOP GIVING MONEY AWAY.

Perhaps you might think that we should give money away because we are the richest people on the face of the earth. WE ARE NOT! We are not. We are also not the 2nd, 3rd, or the 5th richest nation on earth. As measured by Per Individual Gross National Income, we are only the 7th richest.

OF THE 10 RICHEST NATIONS ON EARTH, OTHER THAN THE USA, ONLY NORWAY GIVES AWAY ANY MONEY IN FOREIGN AID! Do they know something that we do not? Check out this chart of who in the world gives any foreign aid. Note where no foreign aid is given away. Big difference, huh? Notice the absence of any foeign aid given by China or Russia on this chart!

I SHOULD NOTE THAT I FIND CURRENT INFORMATION NEARLY IMPOSSIBLE TO ATTAIN. ALL FIGURES QUOTED ARE MY BEST EFFORT FOR RECENT YEARS OR AS NOTED. The point intended remains the same!

INDIA IS EATING OUR LUNCH, ECONOMICALLY, AND WE ARE GIVING THEM MONEY? Why would we have given them $94 Million in 2006 when we were giving them our jobs already?

Are we trying to buy friendship? MOST OF THESE PEOPLE HATE OUR GUTS! Check how 95% of the 192 UN member nations consistently voted against the USA in the UN as shown in the chart below. In particular note how people have voted against us from 2005 to 2008. Only 10% voted with us in 2007. Friends? Hardly!

HOW DO YOU THINK WE ARE DOING? It is your money and your opinion counts if you stand up and make your voice heard, which is what I am trying to do.

WHAT REALLY HAPPENS TO FOREIGN AID? Corruption is a major problem with many of the funds ending up in private accounts. After all, the leaders get our dollars, not the people. And no small point, for a fact, richer nations get most of our foreign aid.

Peter Bauer, brilliant British economist said it best when he said: All too often Foreign Aid turns out to be TRANSFERRING MONEY FROM POOR PEOPLE IN A RICH COUNTRY TO RICH PEOPLE IN A POOR COUNTRY". Well said, Peter!

Were I the Manager in Charge of Reducing Government Costs, I'D STOP FOREIGN AID. That would reduce cost of government big time, huh?

Yes, Israel is an important friend in a troubled part of the world. They get the most aid. ISRAEL IS RELATIVE PROSPEROUS, HOWEVER, CERTAINLY MORE SO THAN MOST OF THE COUNTRIES IN THE WORLD. I might help them repel the incoming scud missles but no dollars.

I AM NO ECONOMIST BUT I AM ONE WHALE OF A GOOD MANAGER AND, WHILE THESE FIGURES ARE MIND-BOGGLING IF I COPIED THEM CORRECTLY, IT IS CLEAR THAT WE ARE GETTING THE SHORT END OF THE STICK. And, yes, Israel is our friend and I wish them well!

Charity? The Americans are the most charitable people on earth giving away hundreds of billions of dollars yearly to people in need around the globe, over and above the foreign aid. 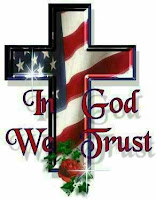 No, I am not looking to be a write in candidate for a job. HA HA

It is our country, folks. Let's own it! I will if you will. Can you say Tea Party?