GAFFE, GAFFE, WHO'S GOT THE GAFFE? Sarah or Joe?

HAVE YOU EVER MISS SPOKE A WORD? Of course you say, so what, nothing wrong with that is there? No, not unless your name is Sarah Palin.

In conversation about North Korea's shelling YEONPYEONG iSLAND, Sarah said "Our friends, the North Koreans". I assure you she knows better but you would never know it from the wide and loud media bombardment!

She knows full well about the international investigation disclosing that, in deed, North Korea torpedoed and sank a South Korean warship killing 46 sailors. Who doesn't know?

She knows the USS Washington battle group is even now conducting war games with South Korea. She misspoke. That's my story and I'm sticking to it! I like Sarah! Did you know? 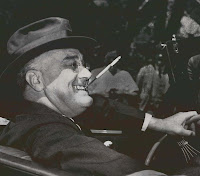 Do you recall in the September before the 2008 election when Joe Biden made the comment about the crash of '29 saying that the then President FDR, (it was Hoover), went on television, (it hadn't been invented yet), to soothe the nation.

That, along with many other Biden gaffes, were constantly being covered with conflicting information on Sarah Palin, like the supposedly $150,000 wardrobe story. That was followed with a hailstorm about expensive footwear. WHAT NONSENSE! But, you would never know from the media coverage.


THE OBAMA CAMP INSTITUTED MAELSTROM WAS INTENDED TO ECLIPSE BIDEN'S MANY MEGA-GAFFES AND BRING ABOUT THE DEATH OF "PALINMANIA" THAT WAS SWEEPING THE NATION AND RESCUING MC CAIN'S STRUGGLING CAMPAIGN. The media was complicit in the cover up.

When chided by the Obama handler's for his gaffes Joe said he guessed it was a good thing he didn't mention "ANYTHING ABOUT BITTER PEOPLE WHO CLING TO THEIR GUNS AND RELIGION".

The McCain campaign was a financial nighmare. In his own maladroid way, Senator McCain continued to expose his own weakness in matters fiscal and monetary by "returning to Washington to straighten out the bailouts".

The McCain group was rudderless while their contender lurched from blunder to blunder. Although she initially reversed his down turn and started a flow of new money, even a bright, new star like Sarah Palin could not save McCain from McCain. 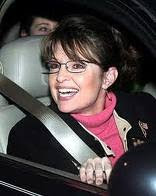 Sarah Palin's leadership in the Tea Party is making a difference today. Like Bill O'Reilly and those rare others who expose the truth, everyone owes a debt to this imperfect Sarah Palin.

LET HE WHO HAS NOT MISS SPOKE THROW THE FIRST STONE, HUH?

May God Bless each one of you and may He continue to bless the USA.
Posted by Walt Pierce at 8:56 PM

If you want to update your garderobe,or want to join and keep the fashion,you can find something you want at fllowing.Christmas is coming,We give gifts to our friends and family at Christmas.You can easy find what gifts to your lovers at fllowing website.Why not link and to see?