IT IS TRULY A SMALL WORLD: Interesting Info 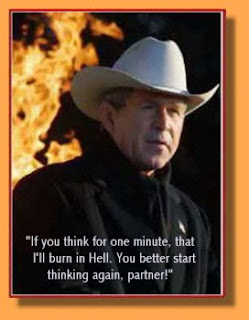 Curently President George W. Bush is making the television rounds selling his new book. I watched him on the Fox News Channel tonight.

I ALWAYS REFER TO HIM AS "MY COUSIN, GEORGE".

I mean, why not? His Mother was a Pierce and I am a Pierce. I'm sure we share the same genes to some degree.

WELL, THAT'S MY STORY AND I'M STICKING TO IT!

I met W, as his family refers to him, while his Dad, George H. W. Bush was the 41st president. W had just bought the Texas Rangers Baseball Team for $600,000 of mostly borrowed money. I was his dinner guest at the Waldorf Astoria in New York City, alongwith my wife and secretary.

One of Prudential's most successful direct investment brokers, I could raise money. W wanted me to raise money for him to upgrade his francise. It was a great free weekend at the Waldorf for Julie, Nancy and I but I declined his offer. BAD MISTAKE AS HE LATER SOLD HIS $600,000 INVESTMENT FOR EIGHT MILLION DOLLARS!

I like to think of it being a small world because of the similiar experiences I shared with W.'s father.

George Herbert Walker Bush was born June 12, 1924. He was the same age as my brother Ray. He married Barbarba Pierce. I am a Pierce but wasn't born until 1931. 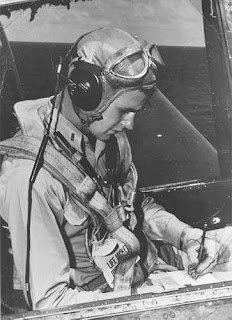 He graduated from high school and joined the Navy. So did I.

George H.W. went to flight school for 10 months and became the navy's youngest pilot at age 18.

I went to Radio School and, at age 17, there could not be a younger radioman as 17 was the minimum age to be in the Navy.


We both served aboard carriers, I on the USS Intrepid CV11 and he was on the USS San Jacinto CVL30. 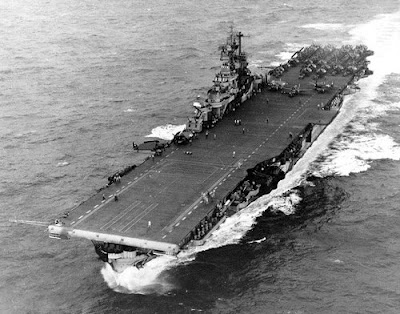 We served in the same area of the Pacific. He in WW II and I in the Korean War. 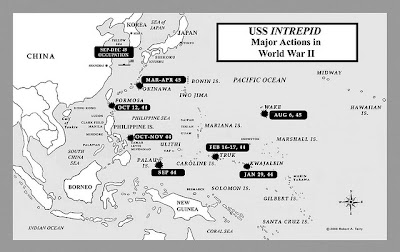 THIS NEXT PART IS REALLY WIERD! 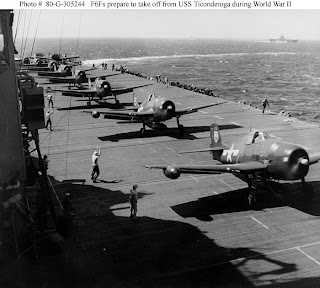 He was one of three pilots ordered to bomb a radio station on Chi Chi Jima. (Jima is Japanese for island, hench Chi Chi Island). It was a small, volcanic island 600 miles south of Japan with a radio station monitoring allied shipping.

Thankfully, they were escorted by a flight of fighter planes. George H. W. was shot down. His gunner lost his life when his parachute failed to open. Ensign Bush was in the most desperate of straits. Lt. Gen. Yoshio Tachibana, the Japanese Commandant, was later hung for being a war criminal. He skinned American pilots alive. 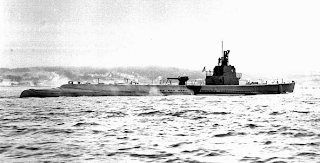 When he hit the water and climbed into his raft, a boat immediately started out from the Japanese Island to capture him. The fighter planes fought the Japs off until dark.Early the next morning he was picked up by an American submarine.

I HAVE A VIDEO OF THE YOUNG PILOT BEING PULLED OUT OF THE WATER BY A BURLY SAILOR. He looked so young, skinny with a very short crew cut.

A SMALL WORLD? The USS Yuma, ATF94, the sea going tug on which I served as radioman, rescued a Japanese ship in distress during a typhoon.

Against the oft repeated radio requests from the Japanese Captain to tow him to Iwo Jima, we towed him to nearby CHI CHI JIMA. Like about all the islands we fought and died for, Chi Chi Jima was just a rock as seen below from the deck of the USS Dunlap, an American Destroyer. 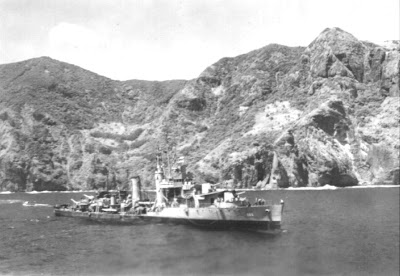 THINK OF HOW FEW PEOPLE HAVE EVER HEARD OF CHI CHI JIMA. Bet you haven't, have you. Under different, yet similiar circumstances, George H. W. and I have both been there. 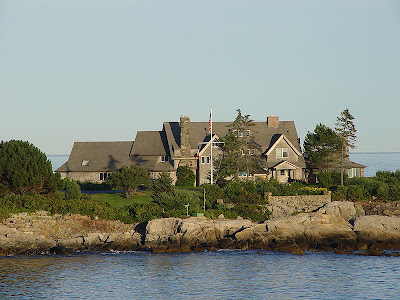 I have never met Bush 41. I was at the Bush compound at Kennebunkport, Maine. It is called Walker Point. It was inheired from George H. W. Bush's mother's family. She was Dottie Walker.

Its about like the time I was on Downing Street in London, nearby number 10. I was there and ready to party but I did not get an invitation to "COME ON IN". I'll forgive my cousin but I still hold it against Margaret Thatcher!

After blogging about reading Barbarba Bush's Memoirs, Maude Blankinship, a high school classmate and friend of 62 years, gave me a book about the Bush family going back to their roots in Scotland in the 1700's. If I am related to them, as I claim, it is an honor!

A new navy carrier has been named the USS George H. W. Bush, CVN-77. Yes, there is also a USS Pierce, DD753, so there! No, it was not the USS Walsine Hudson Pierce. Boo!