REDUCING COST OF GOVT. #7 - Last of a Series 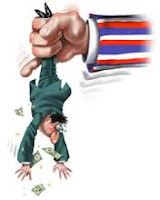 This will be the last in a series of seven blogs on ways to cut the costs of government. I listed things I would consider. Others will have better ideas, I'm sure. THE IMPORTANT THING IS TO INSIST THAT THE VOTER'S MANDATE TO ACCOMPLISH THIS GOAL IS ACHIEVED. Your involvement is imperative!

My last blog involved putting Congress on a part time basis the way the founding father's did it. Now, I'd like to share with you how seriously your representatives take cost reduction.

Do you recall all the hipe about Majority Leader Nancy Pelosa using a miltary aircraft as her private plane? THATS NOTHING, ALTHOUGH THE INCOMING MAJORITY LEADER HAS MADE IT PLAIN HE WILL DISCONTINUE THIS PRACTICE.

THE UNITED STATES AIR FORCE MAINTAINS A FLEET OF 16 PASSENGER PLANES FOR CONGRESSIONAL USE. S I X T E E N !!! The costs for flying a small group to the Middle East in a smaller aircraft is about $150,000. LARGER TRIPS ON THE AIR FORCE VERSION OF THE BOEING 757 IS FAR MORE EXPENSIVE.

Spending on lawmakers personal trips has sharply increased over recent years. And, the costs have doubled since the Democrats gained control of Congress. Around two dozen government employees work full time just planning their trips. LETS TAKE A LOOK AT SOME OF THESE TRIPS. 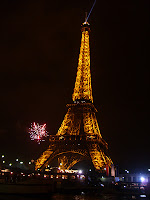 In mid-June Senator Daniel Inouye (D-Hawaii) led a half dozen senators and their spouses on a four day trip to Paris for the Biennal Paris Air Show. The Boeing 757 they used costs an estimated $5,700 an hour. They had cocktails at a private party at the Eiffel Tower. They stayed at the Intercontinal Paris Hotel whose prices start at $460 a night and I doubt that they used an economical room in that they were paying for the room with your money. They also took a cruise on the River Seine. ALL ON YOUR DIME! 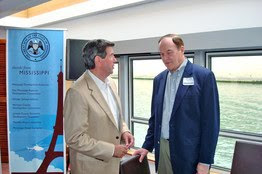 Last summer Representative Brian Baird (D-Washington) took a 4 day trip to the Galapolis Islands. He took his wife and four other lawmakers and their families. You have an idea of the travel costs, the costs of the meals and the hotel was $22,000.

On the first day lawmakers traveled to a breeding center for giant tortoises and land iguanas. The next morning they traveled to Galapolis National Park where they had the choice of Hiking, Swimming or Shopping! GOVERNMENT BUSINESS ON YOUR DIME!

DOESN'T THIS SEEM ABSOLUTELY IDENTICAL TO THE SALES AWARD TRIPS FOR WHICH THESE SAME PEOPLE MADE ME PAY TAXES? Whats sauce for the goose is sauce for gander, right? AT THE VERY LEAST LETS MAKE THESE TRIPS TAXABLE TO THE LAWMAKERS. And, lets get their butts on commercial flights, going though the body scans, just like the rest of us. THESE PEOPLE ARE OUR SERVANTS, NOT OUR SUPERIORS, LETS NOT FORGET THIS.

Enough with the stories, already. You get the point! LET'S TAKE CARE OF THIS PROBLEM! And, this is but the tip of the ice berg, so-to-speak.

We are maintaining about 160,000 American troops in Germany and Japan. I AM FOR A STRONG MILTARY, A VERY STRONG MILTARY! That being said, I'd spend the billions that it costs to support these troops in America. My brothers were both in the Civilian Conservation Corps. (No, Presiden Obama, NOT CORPSE--REMEMBER THAT SARAH?) I would employee some of the troops to run boot camps and service camps for every youngster who drops out of high school, give them two years of hard work and discipline. Much cheaper than supporting them in the prisons where many of them end up.

Oh, yes! Let's stop the practice of our lawmakers using their elected offices to enrich themselves with books and speaking engagements when they are on our dime.

Remember how Hillary Clinton got rich one year on futures trading, something so complicated that I never understood it fully after years in the business. And, Harry Reed, how did he say he got to be worth $7 MILLION on his government salary? Un Huh!

THE IDEAS ARE ENDLESS. WHEN ONE GETS THIS MIND SET, NEW IDEAS MULTIPLY. The key to success is my and your involvement. There is an estimated 5,000 who read my blogs. Now, it's your turn to get the word out to your 5,000.

Take care and God Bless. And, God bless the USA.