Contrary to what you will see on the TV ads, today's best investment is not gold. Not by a long sight, in my opinion. WHY WOULD YOU WANT TO BUY SOMETHING AT IT'S ALL TIME HIGH PRICE? 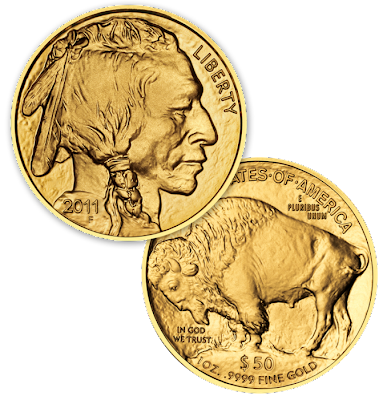 If any money is being made on gold, besides the commissions on those selling gold, it is probably by those "nice" people who would like to buy your mother's wedding band. They will pay you "top" price. Why? Why else? They like you! They like you!
SURE!
I am going to make a modest investment today that will give me a 100% return on my investment this year. I'll share my tip.
I bake pies. It is one of my few skills that brings great joy to me. Truly, it is better to give than to receive and I love giving folks one of my home made pies. 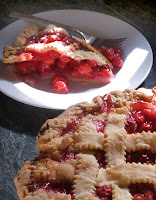 I recently baked a cherry pie, then drove 65 miles to my eldest son's home to give it to him. Even though he is making a major effort, and is having a lot of success, to lose weight, his blue eyes glistened when he saw the pie. It is his favorite. I was instantly repaid for my effort. He later told me that he ate one piece of pie a day for a week and was sad when he finished it.
I use two cans of water packed, sour cherries for each pie. Receipts only call for one can but I like the pies to be full of cherries and use two cans. My good wife, Julie, and I carefully check the many sheets of advertisement that comes in the mail each week. I missed the adv on cherries in the local Acme Store. Julie called it to my attention 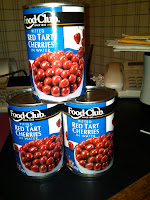 Normally, I pay from $4 to $6 for a can of cherries. Acme has them on sale this week at two cans for $4. That's $2 a can, my friends. I know that I'll bake a cherry pie each month or so. As soon as I can I'm heading for Acme to pick up three cases, 36 cans. Costs? $72. Truly buying something I know I'll use, I will save a minimum of $72 over the next year in the costs of the cherries alone. Add to that the cost, and inconvenience, of going to the store for a couple cans of cherries every week or so, I'll get at least a 100% return on my investment.
Is that worth a blog? It is if you multiply it by every bit of food you buy. I'm not a betting man but if I were I wouldn't hesitate to wager that in the next year toilet paper prices will come close to being double today's prices. Want to make a quick $100? If I'm right, simply pick up a dozen cases of TP at Sam's club, store it away and wait.

In "How to be happy in the upcoming collapse of the Western Civilization" author Robert Ringer advised in his book that instead of trying to save money for bad times, that we buy what we will be using and store it. This is standard operating procedure for Mormons, wise people. As Ringer said in another book, DON'T JUST SIT THERE, DO SOMETHING!
In the past year I had the extreme pleasure of helping out a grand child when her husband lost his job and money was tight, a common occurrence recently for a lot of people. I spent a few dollars on fresh fruit and dairy products but otherwise I simply "rotated" my stores and took her several cases of vegetables, meats and such. Surprised at the case lots, I assured her that they had just come off the shelves at home.

Now, I know I'll hear, or it will be said when I don't hear it, IT MUST BE NICE! Which implies that I am somehow better off than those who opine, "it must be nice". NOTHING COULD BE FURTHER FROM THE TRUTH! It is true that at my age, with all the kids long gone, that I can and do live on less. Retired for 20 years now, I MAKE SO MUCH LESS! I am simply "blown away" at how much money people make today.
My ability to buy case lots is a mental attitude. I PAY MYSELF FIRST. Do you do that? Or, do you pay everyone else, people you don't even like, and pay yourself with what is left? If you paid yourself first, even at a modest one-third of minimum wage, $2.40 a day, and you watched the ads for half price cherries, or what have you, you could buy a case of cherries each month.
Vegetables, at sale prices, in low costs stores like SAVE-A-LOT or ALDIS, are around $5.88, or less, a case. At one third of an hours pay at minimum wage you could easily have the peace of mind of food on hand if the world comes to a halt--like it has in my life time. You can buy a case of Tomato or Chicken Noodle soup at Sam's for around $6 a case. If you pay yourself first, you can have the security of this great food at all times.
IT REALLY IS JUST A MATTER OF ATTITUDE! Pay yourself first. 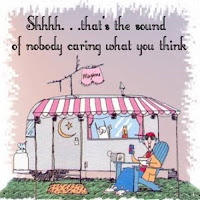 Of course, you also have to have some "smarts". I was recently in a home of a young couple who was proudly showing off new flooring in their home. I know for a fact that these folks live from pay to pay. When I heard how many thousand they had spent on materials and labor for that flooring, I mentioned that they could buy a case of food for $5.88. I should have saved my breath. THEY HARDLY LISTENED. I know they will never do that. Not in a million years! HOW SAD!

Bye-the-bye, if you are sitting on a ton of gold during bad times, more than likely, in my opinion, the government will take it from you. THEY HAVE DONE THAT IN MY LIFETIME. Ask yourself what you would like to buy with the gold and buy it today at a great savings and at a fraction of what it would cost during periods of high inflation.
BUT THEN, WHAT DO I KNOW? 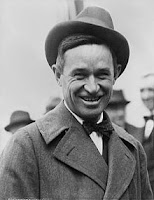 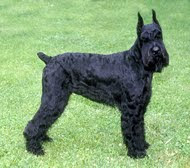 Yes, I plan an even larger garden this year.
I also cling to my Bible and my guns.

AND I HAVE A BIG, MEAN DOG. Watch'em Gunner!

I cant imagine why you would want to know but the number one song in 1931, the year I was born, was "Life is just a Bowl of Cherries".
Posted by Walt Pierce at 7:17 AM