THE DEBT CRISIS: When All Else Fails, Read The Directions!

The directions for the United States of America is called the Constitution.  As all seems to be failing, economically, we should read the directions.  The Constitution insures, does not guarantee, Life, Liberty and the PURSUIT of Happiness.

The government today goes so far beyond what the Constitution provides as to be rediculously funny if it wasn't so very serious.  The number one job of the government is to protect the country.  The one thing that is not broke in America today is it's military.

Jimmy Carter, whose answer to the oil crisis was to wear a sweater, turn down the thermostat and no Christmas lights.  He so destroyed our miltary that, instead of Shock and Awe, we could not fly across the dessert to rescue the 66 Iranian Hostages.  The Obama presidency and the Democratic Senate are about to repeat Carter's error reducing needed funds to our miltary while once again increasing spending to further create a socialistic country.

WHERE IN THE CONSTITUTION DOES IT SAY THAT IF PARENTS ARE TOO BUSY IN THE MORNING TO FEED THEIR CHILDREN, THE GOVERNMENT WILL DO IT FOR THEM?

WHERE IN THE CONSTITUTION DOES IT SAY THAT IF CHILDREN ARE NOT READY TO EAT RIGHT AFTER WAKING UP THAT THEIR PARENTS SHOULDN'T AWAKEN THEM EARLIER?

WHERE IN THE CONSTITUTION DOES IT SAY THAT IF A PARENT IS CHALLENGED TO FIND FOOD THEIR CHILDREN LIKE THEN THE GOVERNMENT WILL PROVIDE THAT FOOD?

WHERE IN THE CONSTITUTION DOES IT SAY THAT IF KIDS WON'T EAT BREAKFAST AT HOME AND FIND THEMSELVES HUNGRY WHEN THEY GET TO SCHOOL THAT THE GOVERNMENT WILL FEED THEM A LATE BREAKFAST?

The above four reasons are used to justify a government give away of at least triple the usual costs. The School Breakfast Program is a federal entitlement program that provides states with cash for nonprofit breakfast programs in schools.  it began as a pilot program in 1975 and now more than 75,000 schools participate in the school breakfast program feeding more than 7 million children each day.

UH, WHY STOP WITH BREAKFAST DURING THE SCHOOL YEAR?  NOW THERE ARE AFTER SCHOOL SNACKS AND SUMMER BREAKFAST AND LUNCH PROGRAMS AS WELL.

On July 22, 2011 it was announced that starting this year all. UH, THAT'S ALL children in Mason County and other counties in West Virginia, will be given free school breakfasts.  Plans were announced to be underway for providing free lunches next year.

I am 80 years of age and still pay income taxes although I have been retired for 20 years.  I DEEPLY RESENT THAT ONE CENT OF MY MONEY IS TO BE GIVEN TO OTHERS FOR THE ABOVE STATED REASONS.  Can't wait to vote the rascals out!

My children were fed a healthy breakfast each morning.  They were called in time to feel like eating.  They ate what was prepared.  EVERY ONE OF THEM WORKED IN THE SCHOOL CAFETERIA FOR THEIR LUNCH.  When they got home from school, dinner was at 6:00PM for the ENTIRE family. They ate what their mother prepared.
Today, they are all professionals married to professionals with everyone of their children taught to work and, except for two little ones, are all through college, some with master's degrees.  The great grand children are following in their parent's footsteps.
Some folks are amazed at  how well my dogs always eat.  I feed my huge Giant Schnauzer, Gunner, twice a day.  He sets just out of the kitchen until I tell him he can eat the meal I have put in his dish.  When I tell him he can eat, the giant that he is, he almost tears the house down getting to his food.  He eats every bite and licks the dish clean. 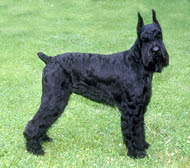 Has Gunner ever gone hungry?  Yes, one time.  When I brought him home at age 3, he took a few bites and walked away from his dish.  I promptly picked up his almost full dish and dumped the contents down the garbage disposal and put him out of the kitchen.  Eight on  November 11th and he has never again walked away from his food.

Is that tough love?  Maybe, but Gunner eats the best lamb and rice food I can buy for him.  He is bright eyed and bushy tailed and ready to fuss, fight or run a footrace.  He is a marvelous guard dog and a wonderful companion who is constantly beside me whereever that may be.  He is happy and contented understanding the dicipline that we have established for him.

Too many Americans have no concept of dicipline for themselves not to speak of their children.

This trend towards scocialism must be opposed if we are to retain the wonderful government our forefathers planned for us.  We must pay the price ourselves and demand that others do likewise.  WHY NOT SUPPORT THE TEA PARTY THAT IS FOR SMALLER GOVERNMENT AND FISCAL RESPONSIBILITY?

God Bless you and yours.  God bless the USA.
Posted by Walt Pierce at 4:26 PM