REARING CHILDREN: The Early Days Are What Counts!

In Sunday School yesterday, at the Easton United Methodist Church, today's young people became a topic of discussion.  At age 80, I liked a long ways from being the oldest in the class.  It was the 90th birthday of one class member, others were only middle aged.
As has been the case down through the years, the older folks agreed that today's youth are beyond help.  A pretty good case could be made for that argument.  On the other hand, however, as I like to point out, some of today's youth are the best in the history of mankind. Certainly the best educated.  Some of them are the best, that is.  Most are not.

In America today, families average two cars and three televisions with everyone having stoves and refridgerators.  Americans have indoor plumbing and take unlimited, clean water for granted.  When compared with the rest of the world, life in the USA is good.

I might mention that all these large TVs have been given to us by people moving up to the large flat screens.  We did not buy a single TV and have, in fact, passed along a number of big TVs to other needy people.  And, to be honest, two of our three cars were given to us by folks moving up to bigger and better.  The three computers were also gifts as people upgraded.  Thank you, thank you and thank you!

Observe youth from even the lower income families.  They are dressed in expensive clothing, albeit, horrible looking, expecially the boys.  Check out their new shoes.  (My wife bought me the first pair of new shoes I have had in years, and she bought those to help me get dressed with the difficulties of a hip replacement).  A majority will be overweight, obviously having adequate food.  Check out their cell phones, yes, they will each have their own phone, some of the phones costing hundreds of dollars. 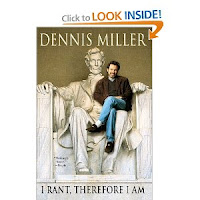 Trying not to "rant" like Dennis Miller, I am glad to say that not all children are like that.  I can think of three, two grandchildren, and one a great grandson, who are just the opposite.  The difference? Discipline.  The parents are disciplined.  The children are disciplined.  The parents work, the children work.  It shows!
The great grandson, Greyden Hudson Pierce, a second grader, loves to read his grandfather's Kindle.  Knowing that, his grandfather has included a number of appropriate books on his Kindle.  The active youngster wants his own Kindle.

What normally happens in today's America, the parents or grandparents would simply cough up the cash and give him a Kindle.  His Dad, instead, told him to raise the money himself.  This active but polite youngster has been doing everything possible for a bit of money to buy himself a Kindle.
He has been at it for months and a month or so ago, I inquired how his effort was coming.  He was about $29 short of his goal of $150.  I told his grandparents I would just give him the $29 but my daughter-in-law reminded me that that was not what his parents wanted.
I had a large bag of change in my van and pleased the youngster to no end when I gave it to him.  I told him if there was less than $5.00 in the bag, to let me know and I'd make it up to that amount.  My wife also has $5 for him.  The large bag of change pleased his mother because she said he was just learning to count money in school and here was a perfect application.
THIS YOUNG MAN IS GOING TO DO WELL IN LIFE!  HE IS DOING WELL ALREADY.  HIS PARENTS SHOULD BE, AND ARE, PROUD.  SO ARE HIS GRAND PARENTS.  So are his Great Grand parents!  Greyden will stand head and shoulders above the previously discribed, spoiled, undisciplined children.

The annual earnings of the parents of Riley and Delaney Rose, my two youngest grandchildren, I am sure are well in the top 5% of the nation.  I once heard a person comment that "Kimberly and Jack have more money than God".  They send the kids to the very best private school and insure that the kids are active in school by being active in school themselves.  Their parents are disciplined, the kids are disciplined.  The parents work extremely hard, the kids work hard.  The parents are frugal, and the kids are frugal, especially the son.   It shows.

At Christmas time I see, at best modest income families, overflow their homes with gifts for their children, even expensive laptop computers for preschool kids.  The parents of Riley and Delaney Rose give them each three presents.  Last year the kids desperately wanted a dog to replace a pet that had passed away.  The parents asked if the kids would like to restrict themselves to only two gifts and use the value of their third gift to make a donation to a favorite charity.

The parents agreed among themselves that if the children chose to be charitable, they would get the dog.  I think Riley donated the value of his one gift to a hospital and Delaney Rose made a donation to an animal shelter.  The new dog's name is Bella!  THESE CHILDREN ARE AND WILL BE OUTSTANDING CITIZENS.

All too often we only see the bad!  When that happens, look around, you're missing something important.

God bless you and yours.
Posted by Walt Pierce at 3:42 AM

Thank you for the beautiful words about our son. I'm so glad that you are proud of him. We are certainly proud of the person he is becoming (mostly in spite of our parenting skills!) He is SO close to getting his kindle. He's probably gotten too much of his money the easy way, but at least we can say he worked for some of it! We are so grateful and blessed to have such wonderful, supportive family around us to help raise our children. Love you!