"Take me home, Country Roads, West Virginia"!
John Denver, may he rest in peace, made it sound so very romantic!  It could be.  I remember walking, hand-in-hand out Jericho Road with a high school sweetheart.  That was romantic!  (Yes, that was a long time ago and I do have a good memory, thanks for asking!)
I also remember that infamous road after the snow had melted and the sun had started to warm up the red mud.  Bad news, Charlie!  My mother walked maybe a mile of that road to attend school through the 3rd grade.  Her memories did not reflect Denver's song.
What "country" roads were was bottomless pits of mud when wet and dirty, dusty, and hard washboards when they were dry, at best.  I have walked in a dirt road when the dust was deeper than my bare feet. 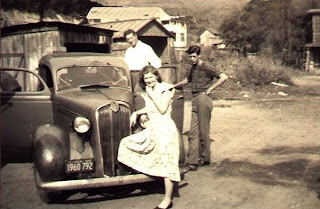 Alabama takes pride in having fewer dirt roads than Mississippi.  Since 1989 North Carolina has tried to pave all their roads.  They have reduced their "country" roads from over 12,000 miles to under 5,000 miles.  The nation still has 1.3 million miles of unpaved roads.
In 1956, President Eisenhower initiated the building of the interstate highway systems.  The original plans took 35 years and was then extended.  Today, we have in excess of 46,876 miles of expressway across the nation.  The cost was a paltry 425 Billion.  Everyone in the nation is richer for Eisenhower's leadership, in war and in peace. 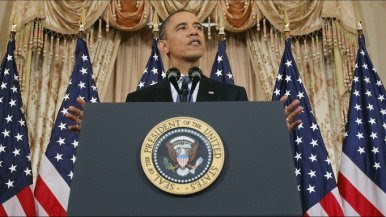 America is still a great nation.  We are in desperate need of a  great leader.  Instead of someone who feels the need to travel around the world making apologies for America, we need a leader who still has a vision for our greatness.  Someone who doesn't think it is wrong that people who work hard, get an education, save and invest have money.  The transfer of wealth is not the American way.
If Americans will take the time and effort to learn the truth, getting away from the media hype, we will again elect someone on the order of a Dwight D. Eisenhower.
Instead of an interstate highway system, maybe we could make a start to eliminate being held hostage to mideast oil cartels.  It might take 35 years but wouldn't that be wonderful?  Can you say $0.23?  That was the price of a gallon of gas when Eisenhower started building America's highways.  Lets get back to those happy days!
I DON'T THINK THERE HAS BEEN A TIME IN YOUR LIFE WHEN YOUR "ACTIVE" PARTICIPATION WAS MORE NEEDED TO PERSERVE THE AMERICAN WAY OF LIFE!
Please get involved.  The Tea Party is for a smaller, more responsible government.  Isn't that what we all want?  Give them your support.  I CERTAINLY WILL!
God Bless!
Posted by Walt Pierce at 1:57 AM