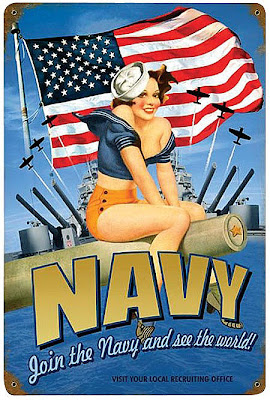 ﻿
﻿JOIN THE NAVY AND SEE THE WORLD!
Even as a preteen, I was sold.  I just had to get through High School and turn 17.   Two months after graduation, I was sworn in.  I would have been in sooner but it took me two months of wild and wooly living before my folks would sign for me.
﻿﻿﻿﻿﻿﻿﻿﻿﻿﻿﻿﻿﻿﻿﻿﻿﻿﻿﻿﻿﻿﻿﻿﻿﻿﻿﻿﻿﻿﻿﻿﻿﻿﻿
﻿﻿﻿﻿﻿﻿﻿﻿﻿﻿﻿﻿﻿﻿A few months before my enlistment expired, including a one year Korean War extension, I was assigned as a Radioman to the USS Hemminger DE746.  It was a reserve training ship maintained by maybe 25 regular sailors.  The compliment of 15 officers and 200 enlisted men was then made up of civilians on their annual two weeks of active duty.  IT WAS THE WORSE DUTY I HAD IN THE NAVY!  This World War II Destoryer Escort, with a great war record, was decomissioned in 1958 and given to Thailand.  An anchor ship in the Thailand Navy, she was renamed HTMS Pinklao 413.

﻿﻿﻿﻿﻿
﻿﻿At the height of the cold war, in 1952, America, in an "in-your-face" move,made a point of showing the flag in what was termed a Good Will Tour of Europe.  The USS Hemminger was ordered to "show the flag" in France and Portugal.  I had just turned the ripe old age of 21 and was ready to go a scootie poot'n!  WHAT A LIFE!  Join the Navy and see the world.
After crossing the Atlantic, we sailed up the River and tied up along the city dock of Bayonne, which is in the Aquitaine Region of France.  We had been there only a short time when a bus load of probably seniors from a local high school debussed right in front of the ship.  Three girls and one guy walked over to the ship and started a conversation with me.  LIFE WAS LOOKING UP!  I "jumped ship" and went ashore, acting like the civilian crew,  to a dock side, outdoor cafe and ordered a round of soft drinks.  Keep in mind, I did not speak French and these young people did not speak English.  But always remember, LOVE WILL FIND A WAY. Un Huh!
After getting around introductions, I got right to the point and made a date with two of the girls for that night for my shipmate, Robinette and I.  They wrote out their address and seemed about as excited about the date as I was, and, yes, that was pretty excited!.  Liberty was piped down at 1600.  Robbie and I were Oh! so eager to confirm all we had heard about the French girls.  We got a cab immediately.  The cabbie shook his head and, in broken English, told us the girls lived in a town about 50 miles away.  THE MAGITUDE OF THAT DISAPOINTMENT STILL SADDENS ME UNTIL THIS DAY! 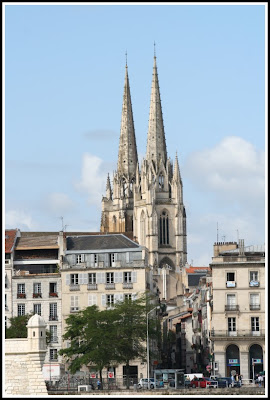 ﻿
Bayonne is in a high class French vacation area.  The first U.S. Navy there since we rescued their butts in World War II, I don't think they considered we two hillbillies, (Robbie was from Kentucky and I from WV), very high class.  YANKEE GO HOME signs were everywhere.  Yes, they were put up by the Communists, but no one took them down.  It is true that we didn't go to their beautiful churches.  Maybe that is where we went wrong?
We sure struck out!
Ending up the night in a cafe where language was a real problem, we struggled to order a ham and cheese sandwich.  We finally worked it out.  They brought a huge platter of assorted cheese.  We both picked out something that looked like the familiar American Cheese.  They brought out the cheese on a platter with an open bun of crusty bread with slices of what looked to us like what we would call Dry Chipped Beef.  Pabst Blue Ribbon, everywhere around the world at that time like Coke, washed down the bread and ham.
The cheese?  Robbie took a bite of the cheese and gagged!  I mean gagged big time.  He used some pretty salty, sailor talk explaining that I shouldn't eat that cheese.  I laughed at him.  I did and do like sharp cheese.  (I also have trouble taking suggestions).  Ugh!  Unbelievably bad stuff.
WE WERE NOT SAD TO SAIL AWAY FROM BAYONNE FRANCE.
Archiaelogical findings of Lisbon, Portugal date back to 1,200BC.  On the banks of the Tagus River, it has been a developed city since the 16th century, a city with very mild Mediterranen climate.  During World War II, Lisbon was one of a very few "open" Atlantic ports cities.  Over 100,000 refugees fled Nazi terror through Lisbon.  It was also a "spy nest".
Although Lisbon is rich in Romanesque, Gothic, Manuchine, Baroque, Modern and Post Modern architecture, I MUST CONFESS, I SAW IT ALL BRIEFLY, IN PASSING, AS I CROSSED THIS SQUARE.  I was headed for Avenido do Liberadade, (Independence Avenue).  No, I didn't and don't speak Portugese.  On Avenido do Liberadade, however,  communication  was as simple as showing that you had a few "scooters".  In the same language I found around the world, everyone knew what the other person wanted.
.
In the television travel show, Rick Steve's Europe, it was reported that still to this day, Avenido do Liberadade has nubial girls, coyly competing with one another, dressed in only a vest and panties.  SOME THINGS NEVER CHANGE!  Steve's also reported that Lisbon has the largest slum area of any major city in the world.  Also, recently, over two hundred sailors were arrested on Avenido do Liberadade for speading cheer a little too rowdy!  YEP, SOME THINGS NEVER CHANGE! 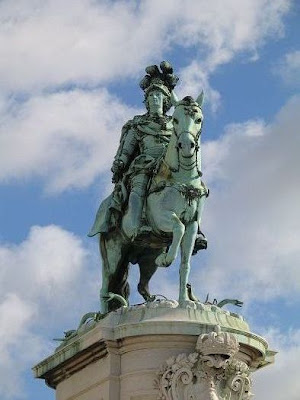 I would love to go back to Lisbon just to enjoy the beautiful city.  Their money is called escudoes, which we sailors immediately corrupted to "scooters".  At age 80, I'd spend my "scooters" a bit differently today.  Un Huh!
SO, HAVE YOU BEEN TO FRANCE AND PORTUGAL?
Tell me how you spent  your Francs and Scooters.
(Click on the post a comment below)
God Bless You And Yours
GOD BLESS THE USA
Posted by Walt Pierce at 11:11 PM

The way you looked in your sailor outfit is also how I remembered you. What happened to your hat? Aren't you suppose to wear it when you are outdoors?

The way you looked in your sailor outfit is also how I remembered you. What happened to your hat? Aren't you suppose to wear it when you are outdoors?

You know, Anonymous Maude, only the wife of a jarhead's would notice that I was outside without a hat on. OBVIOUSLY, I WAS WANTING TO SHOW OFF MY FULL 1HEAD OF BLACK HAIR KNOWING THAT THIS DAY OF THIN, WHITE HAIR WOULD COME.

Good to hear from you.

My name is Walt and I approve of this mesage!

Who is Maude? I'm not married. What is a jarhead? I was in the service so I know some of the regulations and I remember you don't go outside without the sailor hat on. Try again!