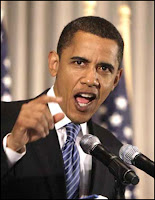 PRESIDENT OBAMA SPOKE TO THE NATION IN HIS "STATE OF THE UNION" SPEECH FOR 65 MINUTES LAST NIGHT!
Yes, I listened to the entire speech.
IT WAS TRULY PAINFUL!
DID YOU HEAR HIM ON GAS PRICES?
No, you did not!
DID YOU HEAR HIM EXPLAIN HOW
UNEMPLOYMENT REMAINS SO HIGH?
No, you did not!
Make no mistake about it, Obama can read a teleprompter with the best of them.  Voice modulation, gestures, he's got it all down pat.  He took credit for so many things, like domestic oil production, that started years ago under another president.  THERE IS NO DOUBT BUT WHAT THE OVERALL ECONOMY AND UNEMPLOYMENT ARE IN THE FOREFRONT OF AMERICA'S CONCERN.  The president was in a total "spin zone"!
THE UNEQUIVOCAL TRUTH 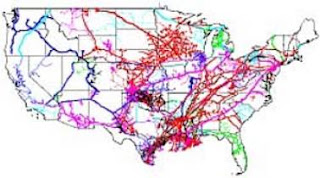 Instead of borrowing high interest money from China to give to failing pie-in-the-sky companies, freeing up the American oil industry would instantly put billions of dollars into American pockets providing an instant boost to the economy.  Instead, he shuts down off shore drilling and denies the pipe line from Canada to the Houston oil refineries, losing tens of thousands of jobs and getting oil from North America instead of from people who hate us.  It's not like we don't already have pipe lines in America, check the pipe line chart on the left.  Duh, Mr. President!  REMEMBER THIS PARAGRAPH EVERY TIME YOU PAY $50 TO FILL YOUR GAS TANK INSTEAD OF $22!
Canada will sell their oil to China.  Obama made a big deal of giving billions to Brazil to develop off shore oil, they have just announced they have contracted to sell the oil to China.  He has shut down oil rigs in our country and they have gone overseas!
HE DESCRIBED MILLIONS OF NEW JOBS 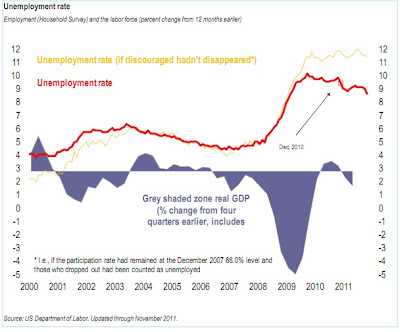 DID YOU HEAR HIM SPIN JOB CREATION?
Well, my friend these charts tell the story!  He made it everyone's fault but his.  Congress?  For his first two years he had complete control of Congress.  The people made a massive change in Congress in 2010 to stop spending.  Obama specifically blamed these new Congressmen for our problems, indirectly blaming the voters who put them into office.  GONNA BE MORE NEW CONGRESS MEN AND WOMEN IN 2012! 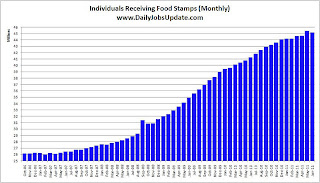 YOUR COST OF LIVING HAS GONE OUT OF SIGHT!
Not to worry, there are always food stamps!
The high gas price is a direct drain on American's pocket books.  Indirectly, the cost of transportation has driven up the price of food.

DID YOU HEAR THE PRESIDENT'S SOLUTION TO THIS PROBLEM?  NO YOU DID NOT!  After all, he's eating "high on the hog" and you're paying for it!  Think of this the next time you buy groceries.

Did you hear the President step up and own the housing problem?  No, I thought not!
Homes represent the single biggest savings of most Americans.  It has been decimated!
Home building is one of America's biggest industries.  It has been decimated by financial debacles owned by this adminstration.
No!  You didn't hear that mentioned, did you?
PRESIDENT OBAMA HAS TWO SOLUTIONS﻿

SPEND MORE MONEY THAN WHAT WE HAVE!  Look at this deficit spending chart, exploded when he took office.
How does this work in your household?  I thought so!
We have borrowed so much that our credit rating has been reduced.  What would you do if that happened to your credit card?  YOU'D SPEND LESS AND PAY DOWN THE DEBT, RIGHT?  Not President Obama.  He thinks the answer is to borrow and spend more. 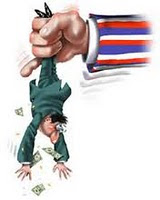 INCREASE TAXES ON THOSE WHO ARE PAYING TAXES ALREADY.  PUNISH THE THE SUCCESSFUL.
Take from those who have and give to those who don't.
THIS IS NOT THE AMERICAN WAY!
Although I owned an accounting firm, taught tax preparation for years, and handled IRS audits in a three state area, I go to an attorney to have my taxes done.
MICHELE BACHMAN COULD CORRECT OUR COMPLICATED TAX SYSTEM.  I hope she some how gets the opportunity, maybe as a cabinet member? 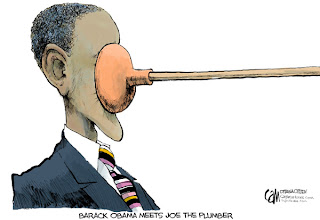 MY THOUGHTS OF THIS SPEECH?
WHERE IS JOE THE PLUMBER WHEN WE NEED HIM?

I think this sign should be prominately displayed when and wherever President Obama speaks!
WHAT CAN YOU DO?
1.  Share a copy of this blog at every opportunity.
2.  Be certain that you make an informed vote in 2012.
3.  Support the Tea Party who works for a smaller,
more responsible government.
God Bless You and Yours
GOD BLESS THE USA
Posted by Walt Pierce at 9:53 AM