THE GOOD OLD DAYS: As Captured By Norman Rockwell

YOUR PERSONAL GPS
You might find your destination in life better if you remember
THINGS AIN'T WHAT THEY USED TO BE, AND PROBABLY NEVER WERE
Will Rogers

CAN ANYONE REMEMBER A YOUTH WHEN
TIMES WERE NOT HARD AND MONEY SCARCE? 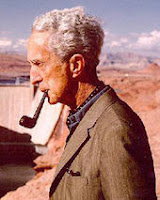 Norman Percevel Rockwell, (1894-1978) was born in New York City to Jarvis Waring Rockwell and Anne Mary (Hill) Rockwell.  His earliest American ancestor, John Rockwell (1588-1662), came from Somerset, England in 1635 aboard the good ship "Hopewell".   Rockwell was a 20th century painter and illustrator who had broad appeal in the United States.  His art graced the cover of The Saturday Evening Post for over four decades and brings back many memories of my youth.
IF YOU ARE YEARNING FOR THE GOOD OLD DAYS,
TURN OFF THE AIR CONDITIONER - Griff Niblack 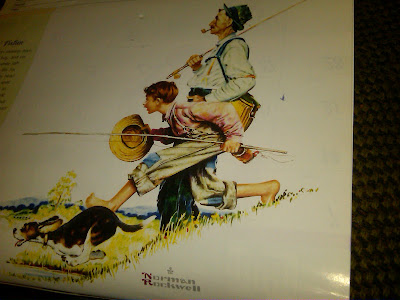 ﻿
﻿In this picture Rockwell caught the enthusiasm of youth and the dourness of old age.  I remember fishing with my Grandpa Pierce.  I always went with him when I could, which wasn't too often.  Grandpa certainly would not have allowed a dog going fishing.  Neither would he have allowed such exuberance on my part.  I learned endurance, more than any thing else, fishing with Grandpa Pierce.  You had to sit perfectly still not making a sound.  Certainly not talking.  Didn't want to "scare" the fish!"

Every great once in awhile, I went fishing with Grandpa and his brother, Uncle Fred.  Now, that was a treat!  Uncle Fred, a tall, congenial man, always with a pipe in his mouth, who paid no attention whatsoever to Grandpa Pierce.  He laughed and told stories--and caught his share of fish, I might add.  In this relationship I learned how to handle my own brother, Henry, who everyone tended to tip toe around.  I loved poking fun at Henry just like Uncle Fred did at Grandpa.  Henry and I had the best of relationships, incidentally.

Once, when I was maybe four or five, when we were walking through the field to the river, the grasshoppers were everywhere.  Grandpa told me to "catch some of those grasshoppers".  And I did, I caught a lot, but had trouble holding on to them.  Grandpa said, "Pull their legs off".  I did.  When he got out his fishing line, which was wrapped around a cork with a sinker and hook, he tied it to a small limb he would cut from a tree and trimmed up.  He then asked for a grasshopper.  I held up an entire hand full of LEGS.  I had thrown away the grasshopper, I thought he meant to keep the legs.  He  promptly told me that "I was the dumbest kid he had ever seen".  I was a fast learner.  From that time on I threw away the legs and kept the grass hopper.

﻿OH, FOR THE GOOD OLD DAYS
WHEN PEOPLE STOPPED SHOPPING WHEN THEY RAN OUT OF MONEY 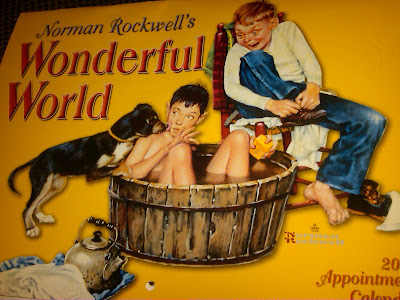 ﻿We did not have indoor plumbing.  We never thought anything about it as none of our neighbors did either.  Outhouses and wells, in our case, a hand dug cistern.

In the summer time I don't ever remember getting a bath.  We were in the river every summer day.  We just "soaked" it off.  Mom would make me wash my feet from time-to-time when my feet got particularly grimy from always going bare footed.  We didn't have shoes in the summer time.  I hated washing my feet and was once throwing a fit as Mom poured boiling water from the tea kettle into the wash pan, saying "Don't put your feet in the water yet, it's hot".  I was as bull headed then as I am now, I said "I don't care" and stuck my left foot into the scalding water.  I WAS WRONG, I CARED, I CARED BIG TIME!

Things were so different.  Right away Mom put lard on my foot and hustled me down the dirt road about a quarter mile to my older cousin, Maude Roberts, a witch who could "Blow out the heat".  Although it obviously didn't heal the severe burn that the lard was trapping in, I still remember how good it felt as Maude got down and blew her breath against my foot.

I do remember baths in the winter time.  Unless Mom was cooking on the old cast iron stove in the kitchen, the only heat in the house was the fireplace in the front room.  The rest of the house was truly ice cold.  Water would be carried in from the out door cistern and dumped into a wash tub in front of the fire.  Hot water would be added.  Everyone bathed in the same water.  I KNOW, I KNOW!  As hard as it is to believe today, it was a common practice. (In Rockwell's picture, one boy is in the tub and the other is undressing to get in the tub next). As the youngest in the family, I was last on the token pole.  Standing in the water with a pair of shorts on, before the fire, Mom would wash from the shorts up and from the shorts down.  As she put it she would "Wash up as far as possible, down as far as possible, and I was then to run into the freezing bedroom and wash "possible".  LET ME TELL YOU, "POSSIBLE" GOT WASHED IN IMPOSSIBLE TIME!  Un Huh!

This Rockwell painting is the favorite of my wife and I.  When we were first getting to know one another personally, I assured her that I considered that "Sparking beats fishing".  You know what?  She didn't believe me then and certainly doesn't now.  Evidently, however, she was attracted to a big, rugged looking guy who "Never let the truth get in the way of a good story" because she married me anyway.

SO LIVE THAT YOUR MEMORIES WILL BE PART OF YOUR HAPPINESS 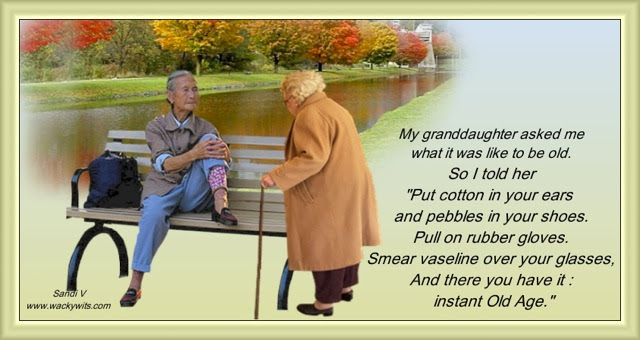 MEMORIES:  A DEVICE THAT REMOVES THE NUTS AND POT HOLES
FROM MEMORY LANE- Doug Larson

God Bless You and Yours

IF YOU ENJOYED THIS BLOG
SHARE IT WITH A FRIEND
And, you might also enjoy reading
SARAH ELIZABETH (HUDSON) PIERCE: Born March 1, 1857
March 1, 2012

I have always loved Norman Rockwell!

And since today is March
31st...Happy Birthday!!

Thanks! If anyone understands communicating through art like Rockwell did so well, it is you.

miss your blog... but you miss you more. I may not agree with everything said on your blog but when I read I can hear the laugh in your voice. I love your writing.

You are so missed!